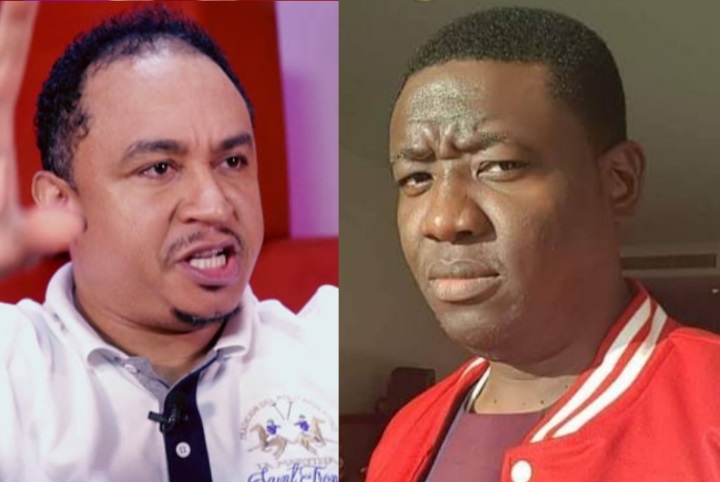 Leke Adeboye, the son of the General Overseer of the Redeemed Christian Church of God, Pastor Enoch Adeboye, has called out controversial OAP DaddyFreeze urging him to also apologize to the man of God.

Leke made the comment on Daddy Freeze Instagram post in response to the broadcaster’s apology to the founder of Living Faith Church aka Winners Chapel, David Oyedepo.

The broadcaster, who is known for propagating controversial Christian messages, had also discredited some of Adeboye’s sermons in the past including a recent one on marriage.

However, Adeboye’s son said he expected Daddy Freeze to also apologize to his parents and threatened to also post old videos showing the broadcaster attacking his parents.

Daddy Freeze, who is the Convener of the Free the Sheeple Movement and Leader of the Free Nation in Christ, had recently come under attack from several clerics including Senior Pastor, Dunamis International Gospel Centre, Dr. Paul Enenche; the founder of Salvation Ministries, Pastor David Ibiyeomie, and several others for verbally attacking Oyedepo.

The broadcaster has been known to propagate controversial Christian doctrines which include the non-payment of tithes.

He has been grudging with several popular and influential clerics and described those who demand tithe as thieves.

digestng - January 18, 2021 0
Femi Fani-Kayode   A former minister of aviation, Femi Fani-Kayode has lashed out at the federal government for reopening public and private schools in Nigeria.   Recall...

digestng - January 18, 2021 0
Army   Some notorious bandits have died after engaging Nigerian soldiers in a fierce battle.   According to the Defence Headquarters, troops of Operation Hadarin Daji killed...