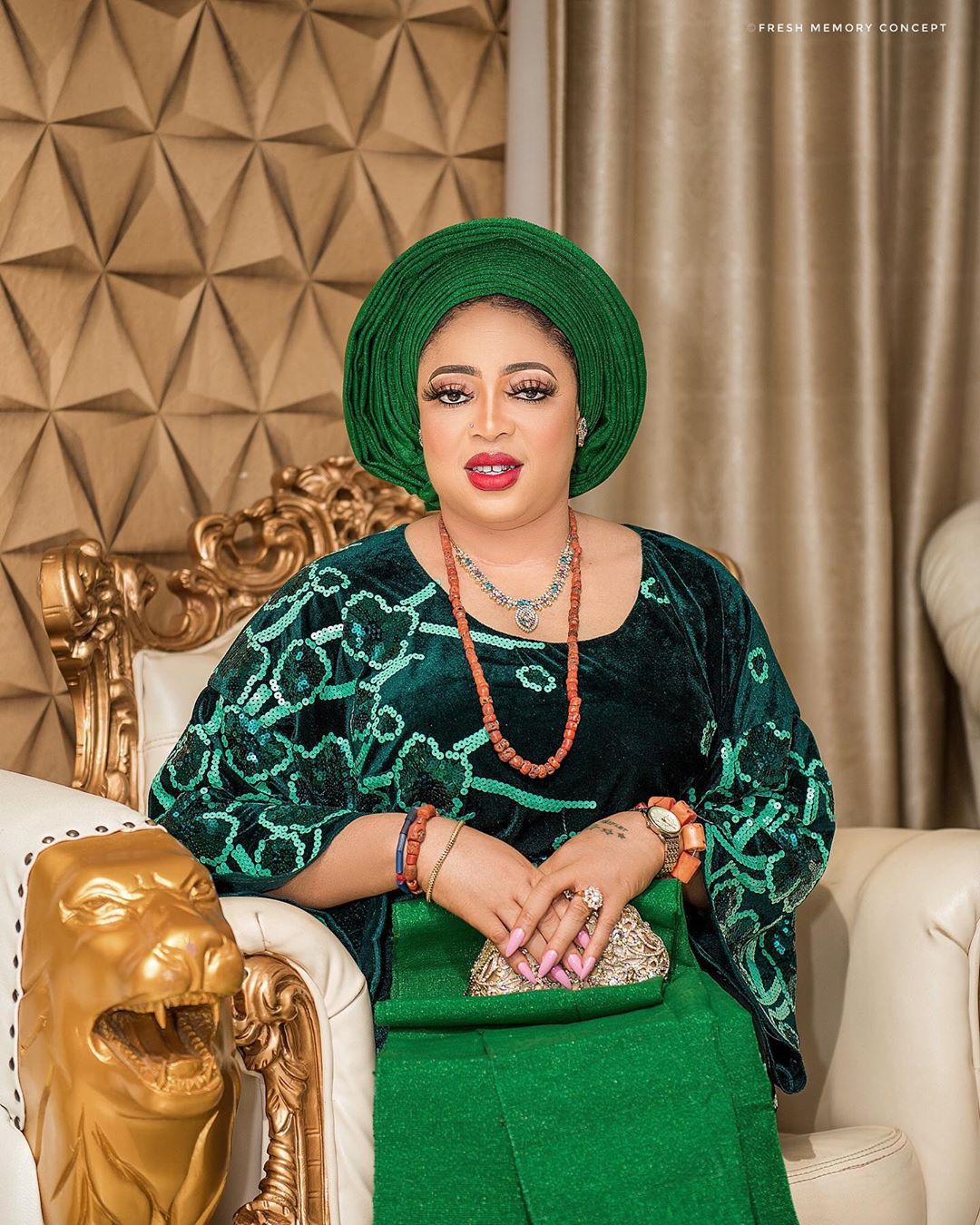 Queen Aishat Folashade Adeyemi, one of the wives to 81-year-old Alaafin of Oyo, has heaped praises on the traditional ruler, describing him as very romantic.

The mother-of-three who met the foremost traditional ruler during an excursion to the palace at 25, revealed why he is far different from most men.

He is such a wonderful man. His depth of knowledge is unrivaled.

He is also a unique Yoruba monarch. He is popular and brilliant, and there is no place he cannot go as a Yoruba oba. Alaafin is the first among the Yoruba obas.

The way he does his things are different.

Kabiyesi is very romantic. If you are not close to him, you won’t know that he is loving and kind. At times when I’m in the kitchen, he would come and offer to assist. While at the college, he would dish food for me and instruct the driver to bring it to school.

The difference in our age gap has not stopped him from showing affection. He shows affection more than some of these young men you see outside there. What a young man can do out there, Kabiyesi does better.”

digestng - May 14, 2021 0
Professor Adeolu Akande, the Chairman, Board of Commissioners of the Nigerian Communications Commission (NCC), has lost his daughter, Miss Feranmi Fasunle.The Board, Management,...