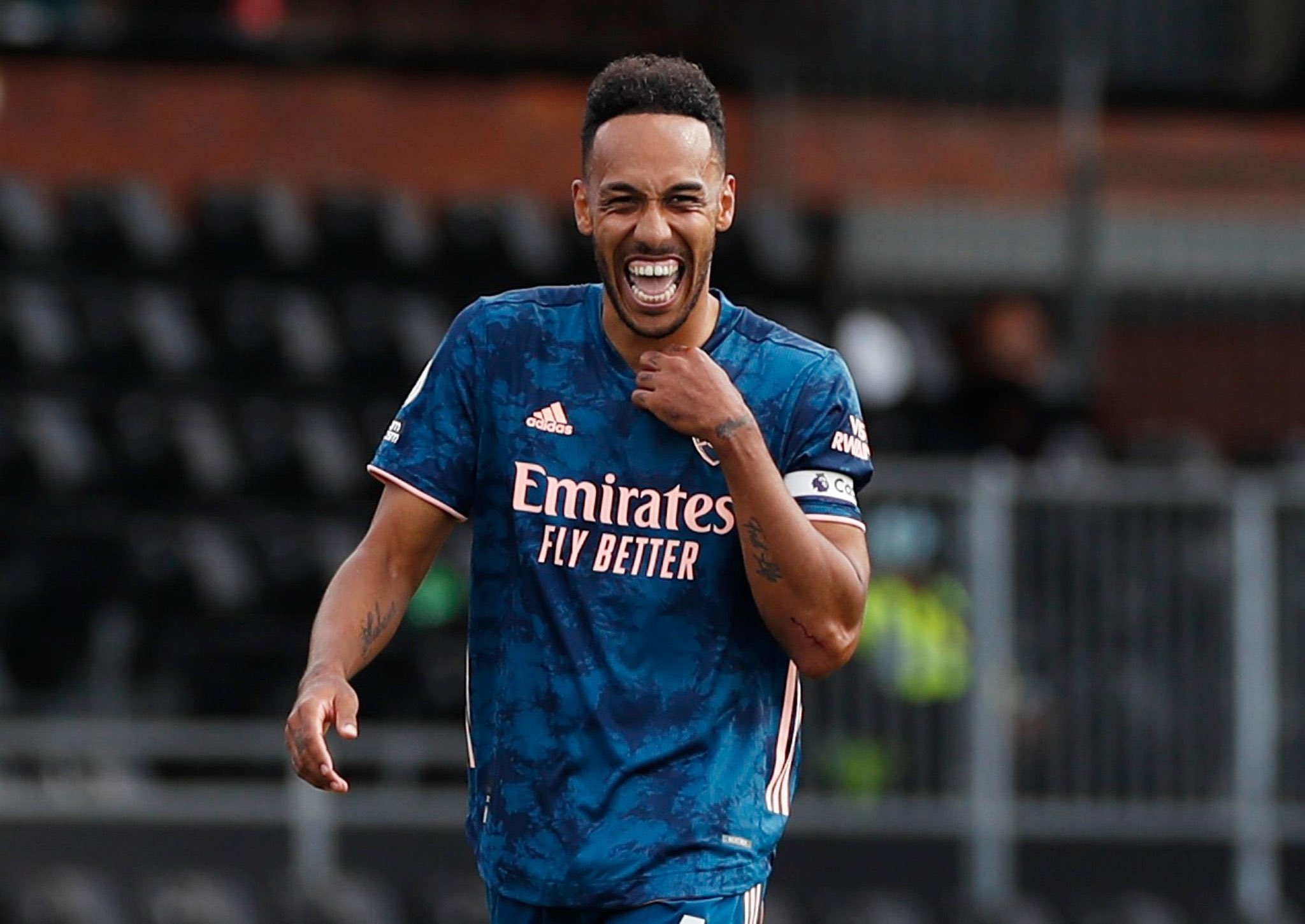 Arsenal captain Pierre-Emerick Aubameyang has signed a new three-year contract with the club.

With this signing, he has ended speculation about his future and is now committed to the gunners.

The Gabon international’s previous deal had been set to expire in the summer of 2021 and he had been locked in talks over a renewal for several months.

The Gunners had been hugely reluctant to lose their skipper and top scorer of the last two seasons amid interest from big-name clubs such as Barcelona and Antonio Conte’s Inter.

Fans can now relax, however, as the 31-year-old will remain the spearhead of Mikel Arteta’s rebuilding project at the Emirates Stadium for the foreseeable future, with the forward now expected to earn somewhere in the region of £250,000 ($320,000) per week as part of his new deal.

“Arsenal fans! Finally! As you know, I’ve just signed dating,” Aubameyang said in a live stream from the Emirates. “I wanted to share it with you guys and I’m so happy – a bit nervous! It’s finally done. I’m really, really happy to stay here, I mean, this is my home.

“I feel so good here, it’s a great day and I hope you enjoy your day. I signed dating because I want to become an Arsenal legend and to maybe leave a legacy. It’s time to work a lot to become a legend, I know, but I will give my best as always.

“I can’t wait to see you in this beautiful stadium again. Hopefully, it’s going to be soon. I’m really happy to be staying here and really proud to be part of this family.”

Arteta added on the club’s official website: “It was important for Pierre-Emerick to stay with us. He’s a superb player with an incredible mentality.

“Being the player to have taken the least amount of time to reach 50 goals with this club tells you everything you need to know about him and his way of working.

“He’s an important leader for the team and a big part of what we’re building. He wants to be up there with the best players in the world and leave his mark. He can achieve that here.”

Technical director Edu said: “It’s clear Auba loves the club and everything we stand for on and off the pitch. He’s obviously a very important part of the team so we’re all delighted he has committed his future to us. It’s a big boost for everyone – fans, team-mates, and staff.”

Meanwhile, one player Arteta will not be able to call upon for much longer is goalkeeper Emiliano Martinez, who is set to join Aston Villa in a £20 million ($25m) deal.

The Argentine was left out of the Gunners squad for the 3-0 opening-day win over Fulham in the Premier League and is now all set to complete a switch to join Dean Smith’s side.

Following their impressive victory over the Cottagers, Arsenal faces West Ham at Emirates Stadium on September 19 before a Carabao Cup clash with Leicester City on September 22.

This is where i belong !!!@Arsenal pic.twitter.com/xM9yRwyUqO

Photo of Woman Who Lead A Robbery Operation With Local Pistol And Knife In...

digestng - September 22, 2020 0
The Suspect, Mary Jeremiah The police have arrested a woman identified as Mary Jeremiah in Benue State for robbing a provision store with a...

Drama As Nigerian Man And His Girlfriend Land In Serious Trouble...