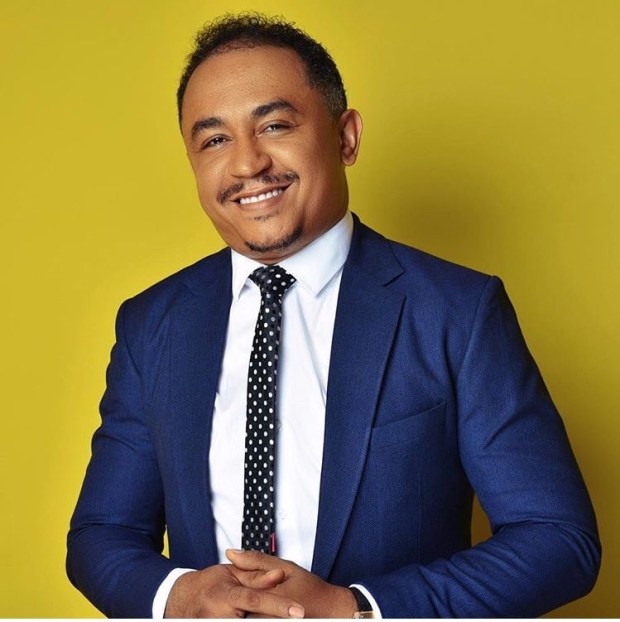 Controversial OAP and leader of the Free the Sheepie Movement, Daddy Freeze, has asked Nigerian Christians to beg their pastors not to stop laying curses on him as their curses are actually blessings in his life.

Freeze stated this on his IG page while reacting to claims that he has stopped attacking pastors because he is afraid of the curses they lay on him.

After the verbal assault he received from Port Harcourt-based clergyman, David Ibiyeomie over his comments on David Oyedepo, Freeze released a video where he apologized for calling Oyedepo a bald-headed fowl”.

Some Christians came online to imply that he apologized and has stopped attacking pastors because he is afraid of the curses they would lay on him.

Taking to his IG page to respond, Freeze said the curses placed by the aggrieved pastors are blessings to him.

Read what he wrote below;

”I don’t fear curses, as a matter of fact, I love them dearly. They are a clear attestation that my purpose is being fulfilled and an indication that more blessings would come my way.

So please I beg you, and please beg your pastors as well, not to stop cursing me. Bless me with your curses.

Unless of course my message is not a true revelation from Christ that aligns with the scriptures. As long as it is, your curses only bless me as the scriptures say.” 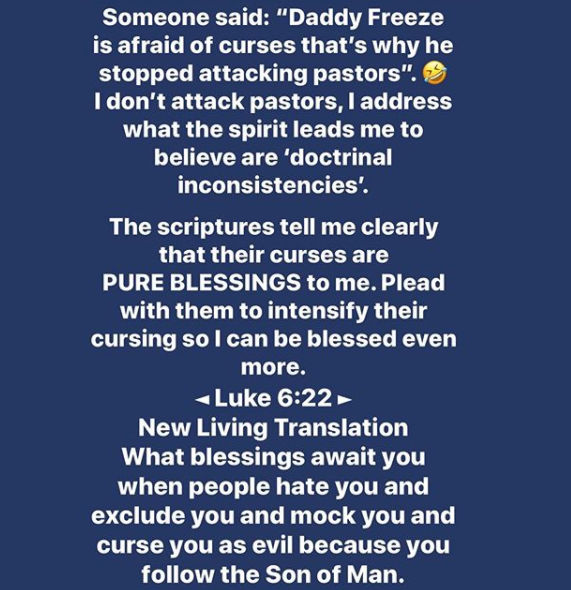 digestng - January 18, 2021 0
FG Insists On Wednesday Deadline, Diplomats’ Registration The Federal Government has insisted that the deadlines given for the registration of all Subscriber Identification Modules...

Photo Of Muslims Who Visited A Church In Nasarawa To Celebrate...

Wizkid Reveals What He Would Have Done If He Wasn’t Making...