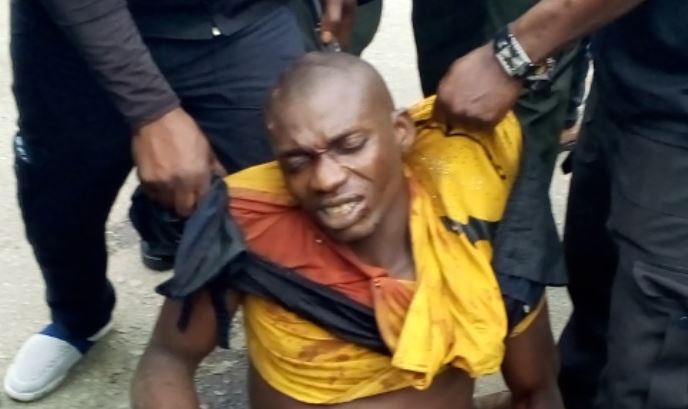 A serial killer and notorious kidnapper, Honest Digbara, popularly known as Bobisky who died a few hours after his arrest by the police.

The Police in Rivers State have vowed to arrest gang members of the serial killer and notorious kidnapper, Honest Digbara, popularly known as Bobisky, who died hours after his arrest on Sunday.

The State Commissioner of Police, Joseph Mukan disclosed this when a group, Ogoni Youths Federation, paid him a courtesy visit at his office in Port Harcourt, the state capital on Monday.

Mukan solicited the support of everyone in the fight against crime and criminality in the state, saying there are some criminal elements out there who may be worse than Bobisky.

“We have taken him out. Our next mission is to dismantle his men. We know Bobisky was not operating alone. But now that he is dead, it will be difficult for them to unite.

“There are still some that he may have recruited. But we will take them out. We have a mandate and that mandate is to ensure that Rivers State remains peaceful and safe for people to go about their lawful duties.

“There will be no development if the stated is not secure. You can see the development going on in the state,” the Police Commissioner stated.

Earlier, President General of Ogoni Youth Federation, Legborsi Yormabana appealed to the Inspector General of Police and the Police Service Commission to consider promoting the Divisional Police Officer of the Bori Division, Boko Angbashim, to an Area Commander.

digestng - January 18, 2021 0
FG Insists On Wednesday Deadline, Diplomats’ Registration The Federal Government has insisted that the deadlines given for the registration of all Subscriber Identification Modules...

“King Solomon, I Love You Baby”

BBNaija’s Tolanibaj Celebrates After Getting A New Apartment (Video)