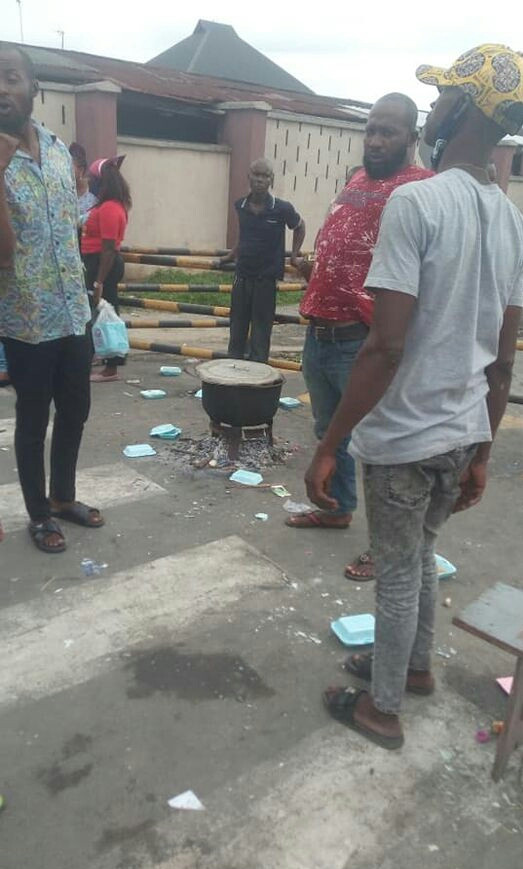 Some youths from Rumubiakani, Port Harcourt have protested the sack of their kinsmen from Shell Petroleum Development Company (SPDC) on Monday by blocking the entrance of the multinational company and cooking food in front of the premises.

The youths are angry that 11 indigenous contract workers were sacked by the company.

The youths from four host communities Rumuozelu, Oginigba, Rumuomasi and Rumubiakani, said that the decision of the oil gaint to lay off 11 indigenous contract workers from the communities left them without any form of income for the past 5 months.

The youths arrived well prepared with cooking pot, firewood, plates and set out to prepare food in anticipation of a long stay.

Speaking to Port Harcourt City News, one of the organizers of the protest and Vice President of Rumuozelu Youths Association, Chinedu Ogwutum said that the youths decided to stage the protest to express their displeasure over the action of the company.

According to Ogwutum, SPDC had cited dip in revenue as reason for the sack of their kinsmen. But the youths are not buying it.

“What is happening here is as a result of the members of the community that were dropped from work and we are not happy about it. They have been at home for the past 5 months without any salary. About 11 of the workers from this community were dropped, including the youth president. They used to work at the pipeline on contract. We have tried to discuss with them but there has been no resolution till today. The only reason they gave was because of the state of the economy”. he said.

Ogwutum also lamented that SPDC has not deemed any graduate from the four host communities qualified to be employed as staff.

“We are the host community and there is no Shell staff among us. People from other communities are still working at the same pipeline our own workers were dropped from. This is injustice,” he said.

However, calm was restored after leaders of the protesters met with some management staff where the youths issued a week ultimatum for the reinstatement of the 11 sacked indigenous workers or an even bigger protrest will be held next week. 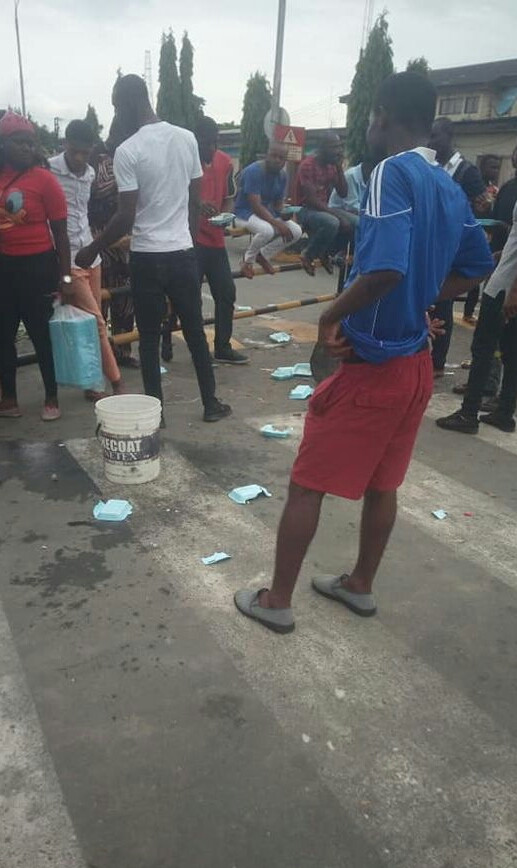 digestng - January 25, 2021 0
Apostle Suleman   A popular man of God, Apostle Johnson Suleman has been accused of sleeping with another pastor's wife.   He's currently being probed by the...

digestng - January 25, 2021 0
Stephen Tikya   It is a sad time for the family of a young man who was declared missing after he went out hiking with...

“Being Wanted By a Lot of Men Cannot Be Compared to...