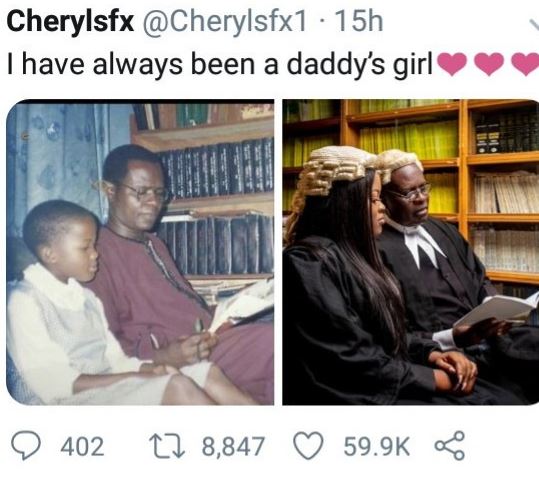 Father And Daughter Go Viral As She Recreates A Childhood Photo With Him, After Being Called To The Bar

A  Lawyer and her father have gone viral after she recreated her childhood photo with him shortly after she was called to the bar.


“I have always been a daddy’s girl,” she wrote as she shared the photos.

The first photo shows her as a girl, sitting with her father in a library as they both look into a book. The second shows her and her father in their lawyer garb, recreating the same pose from years ago in a more modern library.

The photos have gone viral with thousands of likes and retweets. 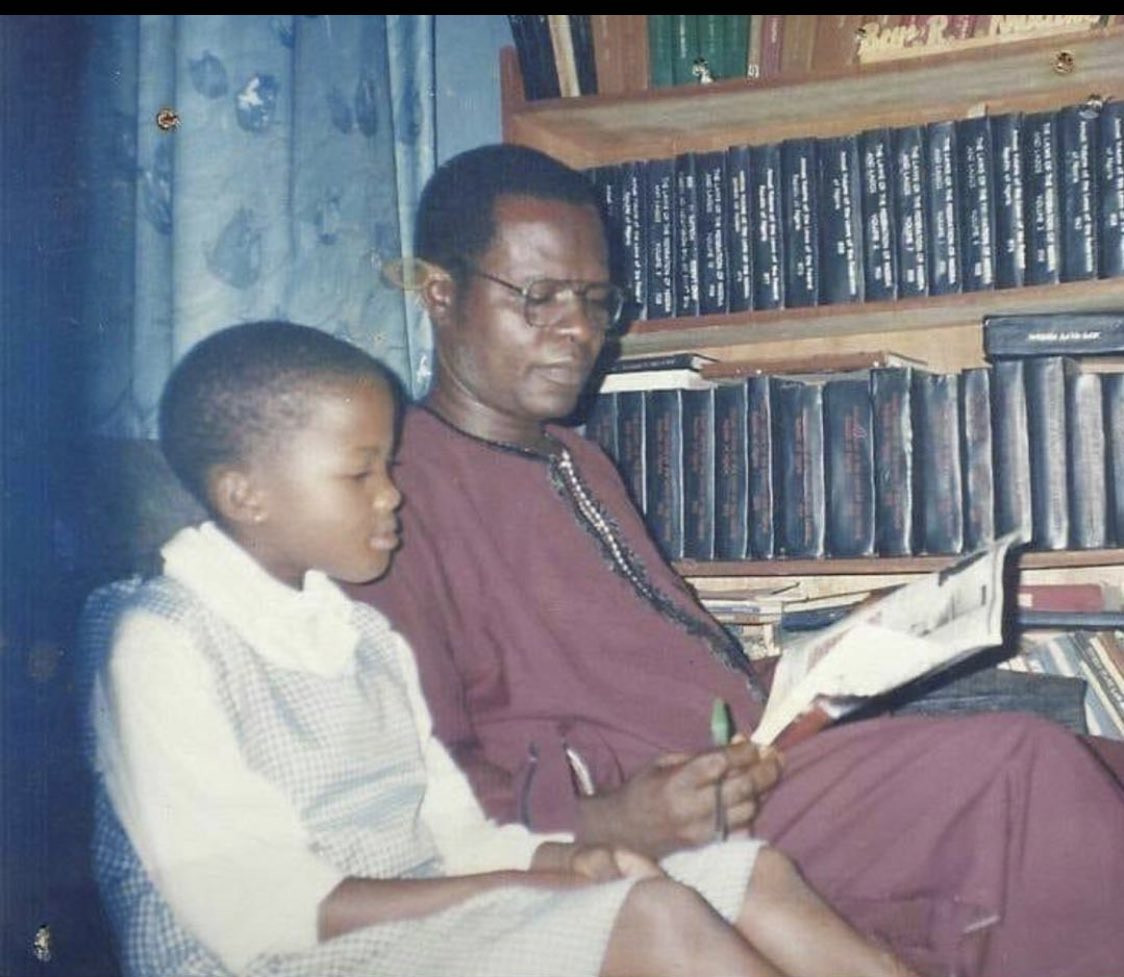 “My Burnt Property Is Worth N50m”