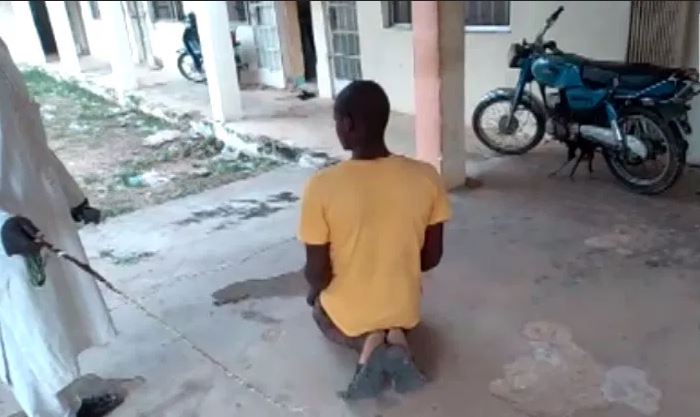 An Islamic Sharia court sitting in Dutse, Jigawa, has found a 20-year-old man, Abdullahi Ya’u, guilty of theft and trespass .

The suspect was caught stealing nine measures of sorghum . The presiding judge, Muhammed Adamu, sentenced him on Tuesday, Sept. 8, 2020, to five month’s imprisonment with an option of N3,000 fine and ordered Abdullahi to be given five strokes of the cane.

The judge said the action of the victim contravenes section 183 and 148 for trespass and theft contrary to the penal code law of Jigawa State.

The flogging was to be done in public to serve as a deterrent to others. Abdullahi who was satisfied with the judgment , was administered the flogging by a court Official in the court’s premises .

However, he was released after flogging , because he paid the fine of N3,000.

Cardi B Opens Up, Explains Why She Filed For Divorce From...