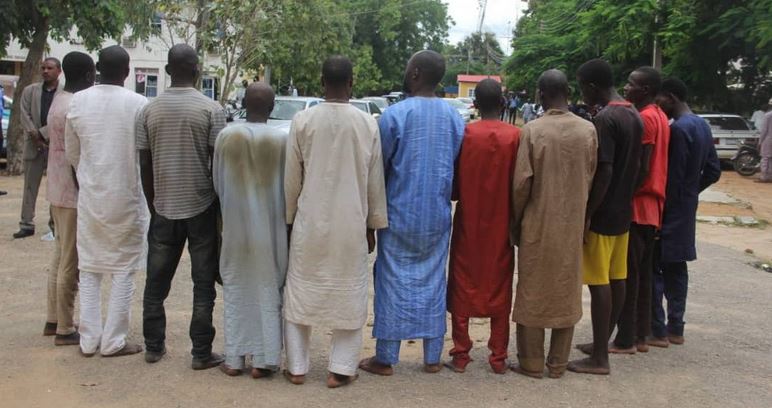 Three men have been arrested by the  Bauchi state police command for abducting a 14-year-old girl, locking her in a room and repeatedly defiling her.

The suspects identified as Usman Adamu, 20, Adamu Muhammad, 21, Nura Musa, 20, and Khalid Abdullahi now at large are all from Nasarawa area in Misau, Bauchi.

Bauchi police spokesperson, DSP Ahmed Mohammed Wakil said the suspects kept the victim in a house located at the Nasarawa area for almost a month were they all allegedly raped her. They were arrested after the police were alerted.

While the suspects have reportedly confessed to the crime, the girl was rushed to General Hospital Misau for medical examination.


‘Moreover, on receipt of the report a team of detectives drafted to the scene victim was rushed to General Hospital Misau for medical examination, suspects were arrested and they confessed to the crime. Investigation is on progress after which suspects will be charged to court for prosecution as soon as possible’.

digestng - February 24, 2021 0
File photo The corpses of four soldiers allegedly killed by members of the pro-Biafra group, IPOB, in Orlu, Imo State have been recovered by...

Rapper, Cardi B Officially Files To Dismiss Divorce With Offset