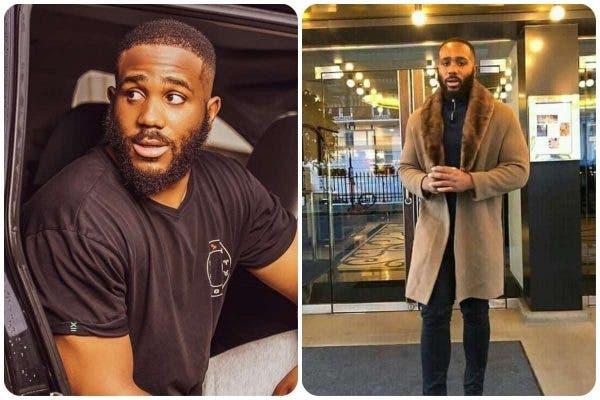 Former BBNaija housemate, Kiddwaya has taken to Twitter to thank his fans in a heartfelt statement after being evicted from the reality TV show.

In a statement released online, the billionaire son said he was surprised by the level of support he received while in the house, as he expressed gratitude at making it as one of the last nine housemates.

He went on to reveal his plans for the future, as he stated a new release on his next move in the entertainment industry would be coming soon.

“I never in my wildest dream imagined I would get the quantum of love I received from my fans whilst I was on the BBNaija show. Indeed the love has continued to pour even after I got evicted.

That excites me and I’m deeply indebted to you all. The Wayademgeng revolutionary family that pushed my name on the hall of fame, both on the social media (Instagram, Twitter, Facebook) and in the entertainment circles, I heartily salute you all. When I got into the BBN House, I never imagined I would get this far, especially for me who hadn’t an idea how the show was driven. But my fans and family took over.

They began to build the structures and drove the show. The love grew. The fan base grew and support grew. My Instagram account got verified. My fans spared their hard earned money even in this difficult economic situation to vote for me. You sacrificed your pleasure, your time and earnings to vote for me and pushed till I got to the top nine contestants.

That’s incredible and I say thank you all. From the voting centres across Nigeria and the rest of Africa, I thank you most heartedly.

I appreciate the individual voters in their homes and offices. You rock! You are the best fans one could ever wish to have! I like to particularly appreciate my immediate family – my mother, father, my uncles and the rest of the family. You always got my back. I also appreciate Gandi and Linek and my social media team. And all those who worked at the secretariat and handled various tasks, I thank you all.

Like I said during the eviction interview, I’d work on my physical fitness to be mentally alert. After that, I will meet with my team and work out modalities on way forward and hopefully, at some point meet with my amazing fans across the country. More importantly, I will definitely continue to drive my charity and impact the less privilege. In the entertainment space, I shall announce my plans in due course.”

Press statement from kiddwaya to all the #wayademgeng.

Read and take some moment to awwwn?#KiddwayaThePlug #bbnaija

Photos Of Sanusi, Lawan, Others Gathered Together As El-Rufai’s Son Weds...