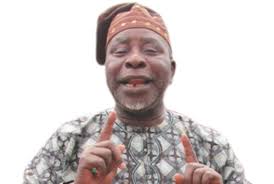 Popular Nollywood veteran actor, Jimoh Aliu is dead. He died at the age of 86. Aliu was producing the first of his five-movies project, Olowo Ite, before his demise.

He died after a brief illness.

It was gathered that Aliu died at the Ekiti State Teaching Hospital, Ado-Ekiti, Ekiti State capital on Thursday, aged 86.

According to his close associate, the body of the deceased would be moved to his residence at Adebayo area in Ado-Ekiti before being taken to his hometown, Okemesi Ekiti in Ekiti West Local Government Area of the state, where he would be buried on Friday.

Born in Okemesi-Ekiti, the deceased began acting in 1959 after joining Akin Ogungbe Theatre Group and left in 1966 to form his own troupe, Jimoh Aliu Concert Party, in Ikare, Ondo State.

He had produced and featured in various Yoruba movies, the most popular being ‘Yanpan Yarin’ and ‘Fopomoyo’.

The movies were expected to feature top Nollywood actors.

He was a former President of the Association of Nigeria Theatre Practitioners (ANTP).

Wow! Nigerian Boy Who Was Branded A Witch And Left To...

Two Years After, NDDC Finally Agrees To Release Funds For Its...