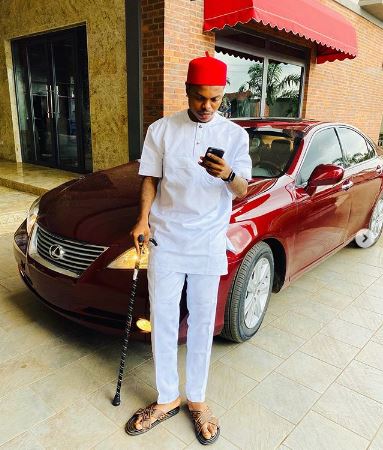 Following his release, Bitcoin Lord suspected by the EFCC of being a fraudster took to his Instagram page to shade the agency

Recall that the Economic and Financial Crimes Commission, (EFCC) Enugu zonal office had  arrested fourteen suspected Bitcoin Lord and other suspected internet fraudsters on Monday, August 31, 2020, based on the intelligence available to the Commission.

After close investigations, the commission found that the suspects engage in online bitcoin scam, love scam and identity theft.

End Of The Road! How A Gang Member Was Gunned Down While Robbing Hotel Guests In Rivers

End Of The Road! How A Gang Member Was Gunned Down While Robbing Hotel...

digestng - March 9, 2021 0
It was gathered that the Divisional Police Officer, Bori Division, Bako Amgbanshin, led the operation. File photo A suspected armed robber has been shot...

digestng - March 9, 2021 0
Hijab   Kwara Governor AbdulRahman AbdulRazaq has been attacked by the Christian Association of Nigeria.   CAN accused the governor of religious bias over approval of wearing...

Shock As Youth Beat Up House Of Reps Member Over Non-performance,...