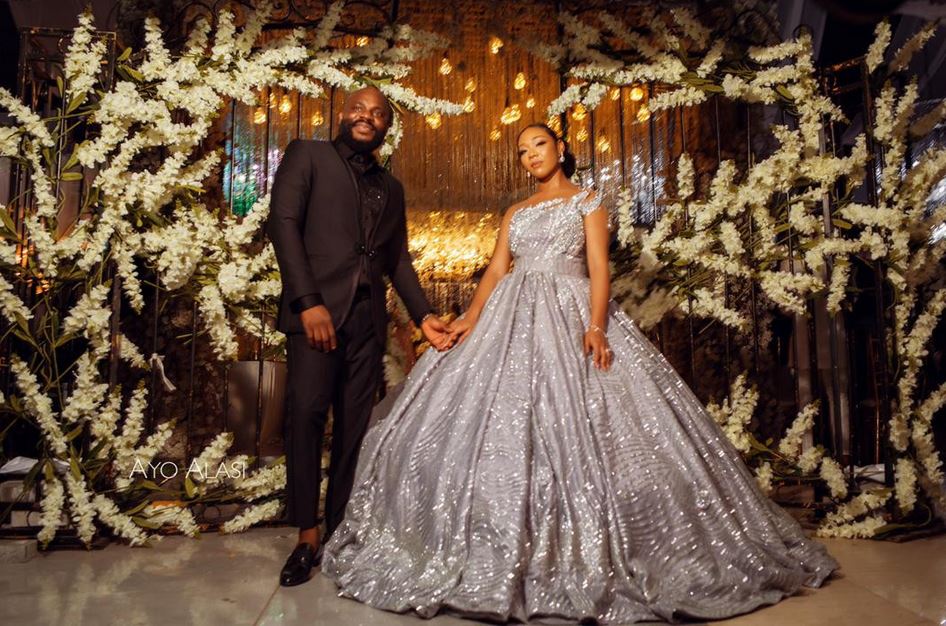 In a report by Michael Soyebo of Sahara Weekly, Temidayo reveals his estranged wife is allegedly a gold-digger , an escort and a violent woman who has assaulted him on several occasions . He went ahead to state that he was trapped into a forced marriage by his wife and his mother-in-law, Edwina Logico .

The report said that the duo met in March 2019, and four weeks later, Diana’s mother informed him that her daughter was pregnant. So in a bid to avoid shame despite warnings he received from people that she was an escort, he went ahead to marry her in a poised wedding ceremony in August, of which he still has debts uncleared as a result of the event .

It is also said that during their honeymoon in Ghana, Diana slapped her husband three times over a minor argument . Temidayo reveals that his mother-in-law is the mastermind behind Diana’s behavior to the extent that he was manipulated to sign an agreement with extremely ridiculous demands that he must fulfill to enable them live their affluent lifestyle .

Temidayo denied the sexual molestation allegations leveled against him saying it was a set-up by Diana and her mother . He said he had been beaten by thugs allegedly hired by Edwina and arrested by the police on different occasions .

However, he further revealed that he was deceived, thinking Diana and her mother were of Benin royalty. He noted that he has been ripped off everything he had by them . He reiterated that his estranged wife and mother-in-law were working tirelessly to bring him down.

Four Suspects In Connection With The Murder Of Young Man In...