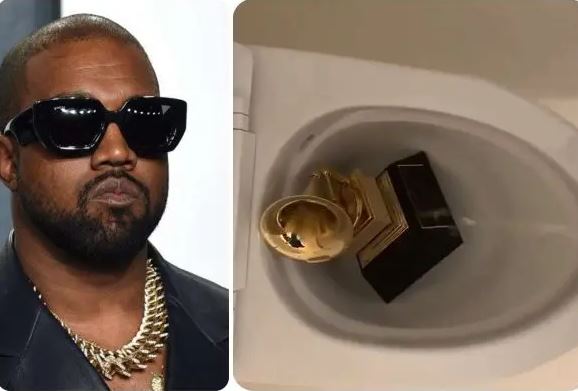 Music and fashion icon, Kanye West took his attacks on the American music industry to another level as he posted a video on Twitter on Wednesday purportedly showing him urinating on his Grammy award, while posting more tweets threatening Universal music.

This comes after he blasted Universal Music Group and other music labels for giving out slave contracts to artistes and then alleging that the company doesn’t want him to buy off his music masters because they want to make billions off him even in his death.

Now he has taken his attack to a different level, even revealing details of his contract and praising Hit boy, a Grammy award winning producer who was motivated by Kanye’s tweets and came out to reveal he has worked for Universal music for over 10 years but is still ‘enslaved’ by their contract.

Young Maid Physically Assaulted By Caregivers After Being Accused Of Witchcraft...

Shock As 80 Final Year Students Quit School In Kenya Because...

Photo Of Two Suspects Who Were Arrested For Spending Fake Money...