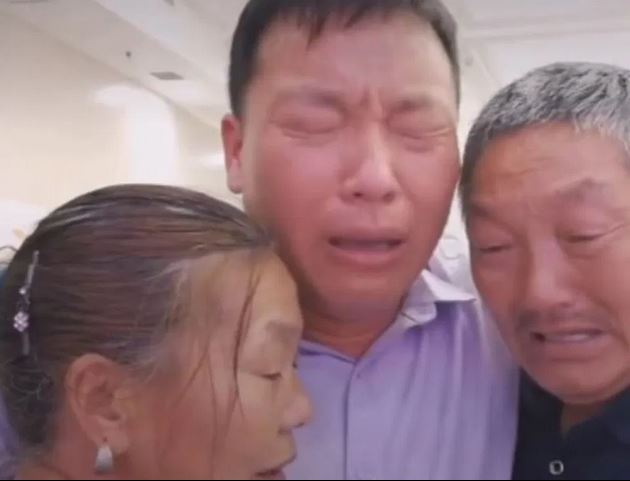 The emotional footage shows the family burst into tears as they were reunited. Credit: douyin/zhejiangzhisheng

This is the heartwarming moment elderly parents are reunited with their son after he was abducted as a toddler nearly four decades ago.

Nicknamed Jin Shui, the couple’s 40-year-old son broke down into tears with his parents as they finally embraced after their long separation.

The 70-year-old man and his wife had spent 38 years looking their long-lost son and were reunited after police tracked him down with the help of a national DNA database, the Daily Mail reported.

Jin Shui was snatched from his home in a remote village in the northwestern province of Shaanxi at the age of two.

According to the father, Su Bingde, the family lived a simple and happy life before it was all shattered on May 12, 1982.

On that day, Mr Su had left to visit a relative, reported local media.

Positive that he would return that evening, Mr Su felt there was no need to lock his house.

However, Mr Su was unable to come home that night and left his wife, Huang Renxiu, to tuck the kids into bed. 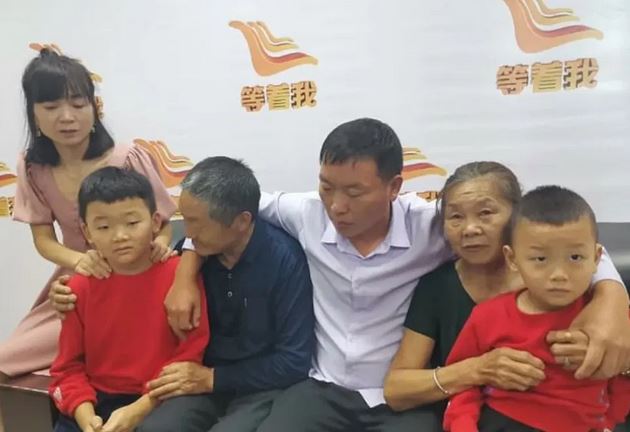 
The next morning, on May 13, Ms Huang woke to find her son missing from the room he shared with his sister.

After hearing about his disappearance villagers spent the rest of the day and night looking for the toddler.

Sadly the boy was nowhere to be found.

Refusing to give up on finding their son, the elderly couple began a decade long journey in search of their little boy.

Mr Su travelled on foot to nearby towns and cities in the hope that he would find information about his son’s whereabouts.


Local police were unable to solve the case due to the remote location and the limited information available about the devastating disappearance.

After nearly forty years, Mr Su believed he would see his son again. 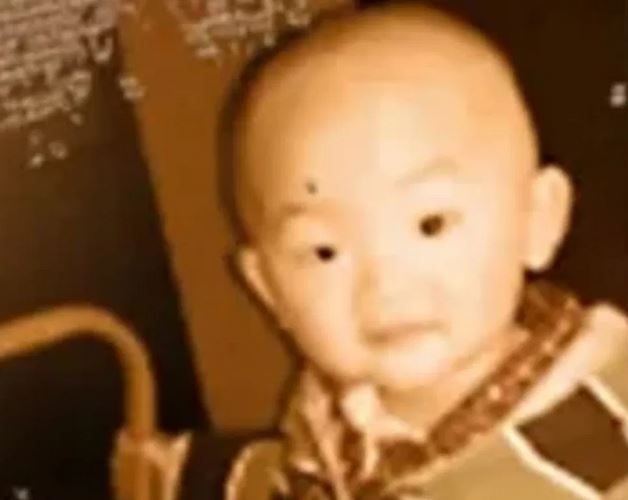 Jin Shui was only two when he was abducted from his home in north west China. Credit: Ankang Daily/WeChat

He told reporters in an interview earlier this year: “My one last wish is to see my son Jin Shui once again.”

His prayers were finally answered when police notified him on Tuesday.

After comparing DNA samples in a national database, the officers located Jin Shui, who is now a 40-year-old man, known by the name Li Guolin.

Mr Li now has a family of his own with a wife and two sons and live some 686 miles from his birth parents.

The overjoyed father said: “I had waited for this day for 38 years. I didn’t think I would also meet my grandsons!”

It is estimated that around 70,000 kids are kidnapped in China every year although the Chinese government reported fewer than 10,000 kidnappings.

While some kids are sold as labourers, others are forced into arranged marriages and some are sent overseas for adoption.

Man Escapes After Stabbing His Wife’s Alleged Lover to Death In...

Why We Won’t Apply To Join Nigerian Army Despite Ongoing Recruitment...