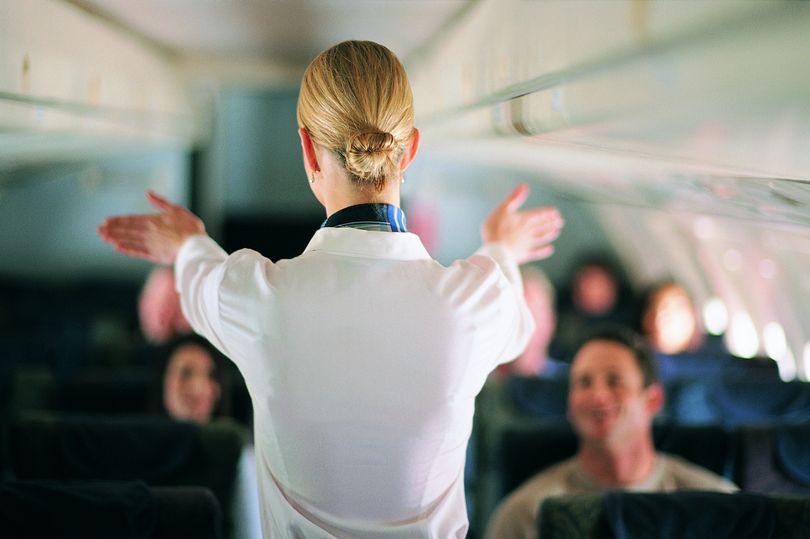 Flight attendants are there to make sure passengers have a smooth journey (Image: Getty Images)

An airline pilot’s girlfriend planned to surprise him on a flight but ended up getting a bigger surprise herself.

The off-duty flight attendant had boarded the flight to Paris and confided in fellow cabin crew that her First Officer boyfriend had no idea she was on the plane.

The plan was to surprise him when the plane landed but recalling the incident on Reddit one of the cabin crew on the flight revealed all did not go as planned because the First Officer’s wife was also on board.

They said: “Working a flight to Paris, an off-duty FA boards and surreptitiously tells us her boyfriend is the FO, and he doesn’t know she’s on the flight – she’s going to surprise him when we land.

“Hours into the flight, there’s screaming coming from the back gallery. Turns out that the FO’s WIFE was also on the flight, and she and the gf just so happened to be standing next to each other while waiting for the lav and got to talking…

“My coworker calls the Cockpit, and the FO answers. “Ummm…your wife and your girlfriend are fistfighting in the rear galley. Fun times.”

Someone replied: “Ohhh my god. That is juicy! These pilots think they slick.”

Earlier this week a travel journalist revealed how they were left in tears when a flight attendant handed her a note when she landed.

Kellee Edwards was travelling first class from Phoenix to Chicago when she received the heartwarming message.

A member of American Airlines cabin crew handed her a card that paid tribute to the Black Lives Matter movement.

It displayed three hearts, alongside the message: “Ms Edwards. Thank you for flying first class on American Airlines!”

The note was signed off from a flight attendant called John, who added: “I see you. You matter. Black Lives Matter”.

Kellee, who also hosts a travel-related TV show, was blown away by the gesture.

She took to Twitter to thank the cabin crew member for their thoughtful words.

Kellee wrote: “Now THIS is customer service. Such a simple gesture, but BEYOND meaningful. To simply be seen, in today’s climate and world.

“I may or may not be tearing up as a result. Ok, I AM. What an amazing Flight Attendant John is American Air! Thank you John!”

Horror As Corp Member And Her Husband Chain Househelp Under The...

TV Station Confirms Death Of Reporter Who Was ‘Arrested By Lagos...

Abuja Environmental Protection Board Charged Us N81m to Cut Grass at...