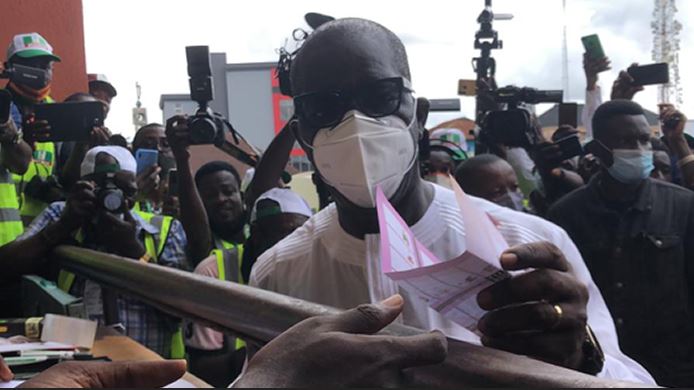 The candidate of the Peoples Democratic Party, Godwin Obaseki, defeated the All Progressives Congress at his polling unit in the ongoing governorship election in Edo State, The PUNCH reports.

In the result announced at the polling unit, PDP had 80 votes while APC got 51 votes.

After voting, he expressed displeasure over the conduct of the ongoing governorship election in the state.

He said the Independent National Electoral Commission should have prepared better for the election.

The governor lamented that he stayed for over one and a half hours in the queue.

The Peoples Democratic Party candidate in the election said he was delayed because the card reader was slow.

He said, “I expected better preparation on the part of those saddled with the responsibility to conduct this election. To wait for one and a half hours on the queue before exercising my franchise is a bit disappointing.”

How I Survived Heart Attack Twice – Singer And Actress, Prophetess...

BBNaija Star, Gifty Powers Reveals Why She Is Hiding Her American...

“I Laughed When God Called Me To Be President” – Kanye...