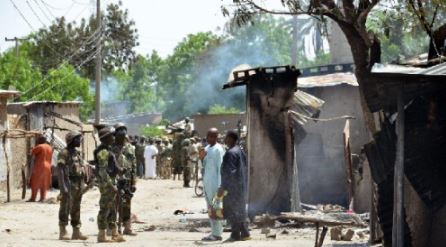 Suspected Boko Haram terrorists have invaded two villages in Borno, killing no fewer than three persons while others were injured.

According to SaharaReporters, the insurgents attacked Gareri and Kuwami communities both in Magumeri Local Government Area.

Magumeri is North and about 40km drive from Maiduguri, the state capital, which had witnessed series of Boko Haram attacks.

Residents said many of them escaped to the bush to avoid being abducted during the attacks.

“Two people were killed at Gareri while one person was killed by the gunmen in Kuwani,” a security source told SaharaReporters.

Drama As Large Consignment Of Cocaine Shipped From Nigeria Gets Seized...