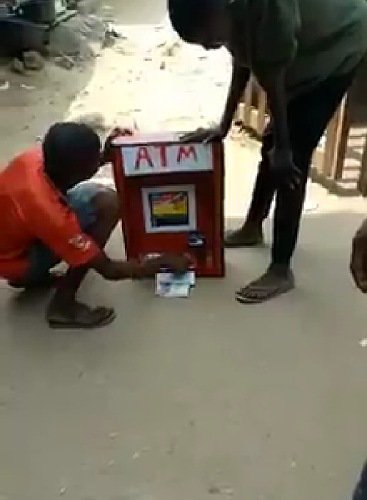 A little boy has been hailed for manufacturing an Automated Teller Machine (ATM) that dispenses cash.

It was gathered that the young boy hails from Imo state.

In the video which is now trending on social media, onlookers who spoke in Igbo language could be heard asking the little boy to show them how the ATM works.

The boy then turned the ATM on, pressed some buttons, inserted something that looks like an ATM card and the machine began dispensing money.

It is still unclear what he used in ‘manufacturing’ the handmade Automated Teller Machine but one thing noticeable about his craft is the fact that it shares several similarities with an actual ATM – It has lights, uses an ATM card and also dispenses cash when some buttons are pressed.

As at the time of filing this report, details of the boy are still scanty. An update will be made to that effect as soon as his details emerge.

How to Check 2020 SSCE Results

Suspected Ritual Killer Who Absconded From Oyo, Arrested In Ogun