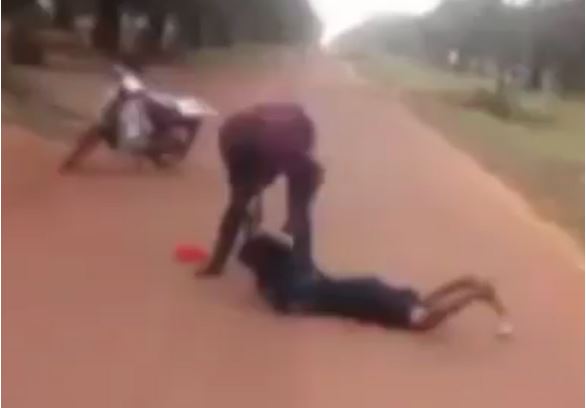 The man brutally beat up the woman

The video which was posted by an eyewitness captured an unidentified man violently beating a woman in Kogi State.

According to the witness, when some people tried to intervene, the man warned them not to dare come close to him.

“This happened in Anyigba Kogi State, Kogi State University area. As you can see the woman clinching to the man’s shirt, the people coming close are being warned by the man abusing the woman not to dare come close” the witness said.

“Nigerians In South Africa Are At The Forefront Of Human Trafficking,...