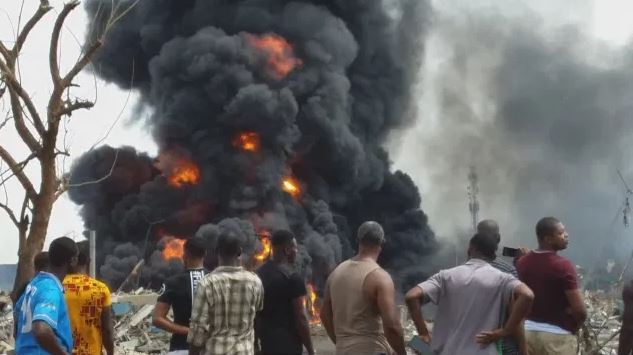 In an expository investigation carried out by the BBC Eye, the actual cause of the Abule Ado explosion that rocked the part of Lagos in March, 2020 has been revealed.

In March, no less than Twenty-three people were killed in the explosion, and a girls’ boarding school was totally destroyed.

The Nigerian National Petroleum Corporation, NNPC at the time said the blast occurred as a result of a truck that hit gas cylinders near one of its petroleum pipelines.

But BBC Africa Eye’s investigation indicates that the explosion was caused by vaporized gas exuded by a leaking pipeline adjacent to the Bethlehem Girls Secondary School.

Three months after the incident, the Federal Government distributed relief materials to 392 households affected by the explosion.

The relief materials were distributed on behalf of the government by the Director-General of the National Emergency Management Agency (NEMA), Muhammadu Muhammed.

Man Kills Huge Python In Bayelsa, Plans To Sell It For...