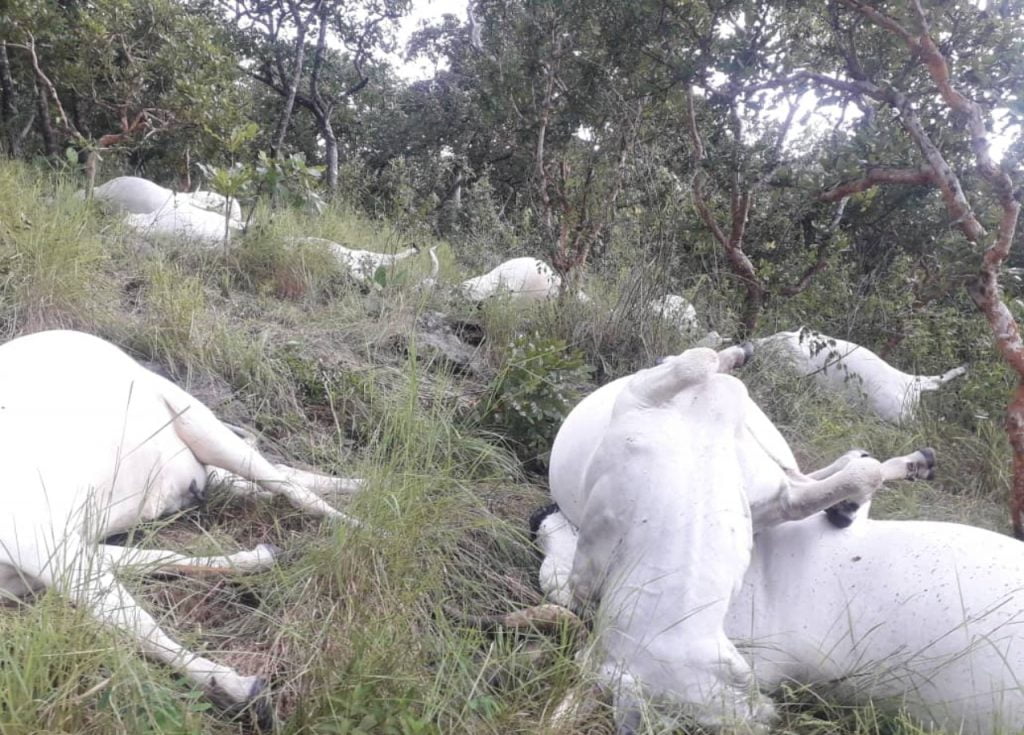 15 cows in Ikogosi community in Ekiti West Local Government area of Ekiti State on Saturday died after being struck by lightning.

According to DailyPost, the Asaoye of Ikogosi-Ekiti, Chief Ayo Ademilua, described the incident as a natural occurrence and strange in the town.

Ikogosi Warm Spring is a notable tourism and recreational centre where warm and cold streams met in Ekiti.

The Ikogosi high chief said that the thunder struck during a torrential downpour between 4:00p.m. and 6:02p.m. on Saturday.

“The whole town shook when the thunder struck. Later, some commuters coming into town and those returning home from their farms saw the Fulani herders lamenting that it was the thunder that killed their cattle,” he said.

Also speaking on the incident, the Onikogosi of Ikogosi Ekiti, Oba Abiodun Olorunnisola, said that the herders were making spirited efforts to sell the dead cows to residents, saying that this portends health risk to his people.

The monarch said he already reached out to his colleague at Ipole Ekiti, Oba Oladele Babatola, on the need to warn their subjects against consuming such a desecrated meat.

“The two of us have alerted our subjects that there was an attempt to commence the sale of the cows and we are making concerted efforts to prevent the intending buyers,” he said.

The monarch, however, called on government to evacuate the carcasses of the cows to prevent spread of communicable diseases in the area.

The Police Public Relations Officer, Ekiti Command, Mr Sunday Abutu, said the incident was yet to be reported to the police because it was a natural occurrence.

“We have not been told, but if the owner of the cattle later realises that someone was responsible, he will report at the police station and we will surely rise to the occasion, if such happens,” the PPRO said. 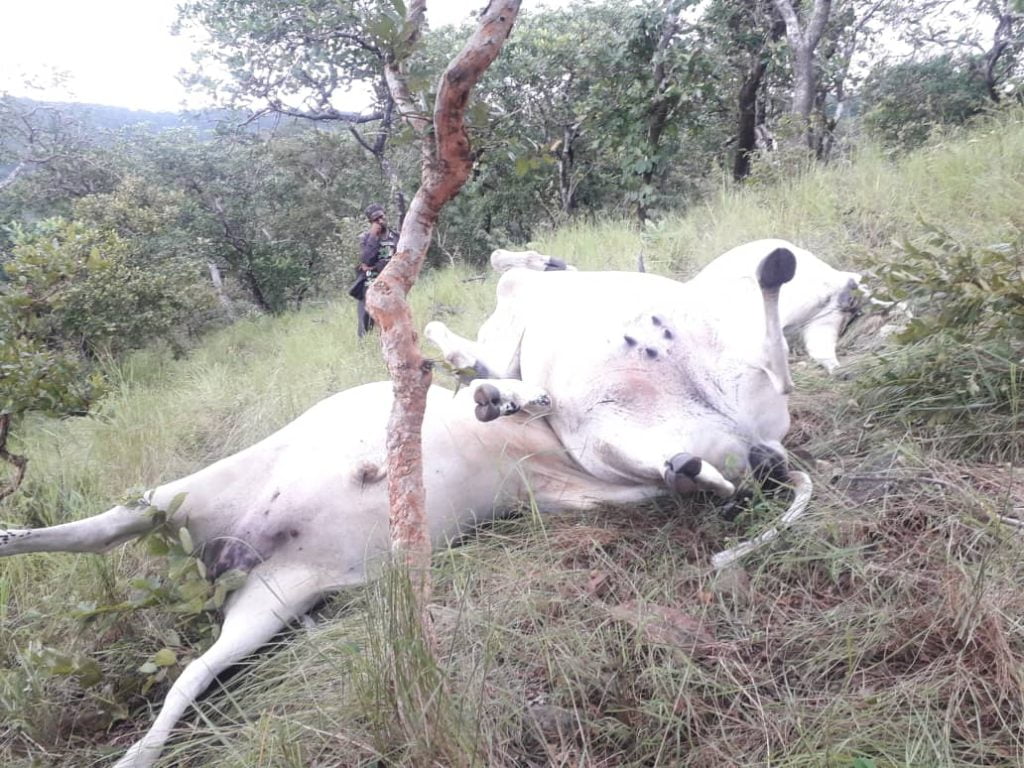 Landlord, Wife Beat the Hell Out Of Tenant Who Refused to...

We Are Following Protests In Nigeria – United Nations