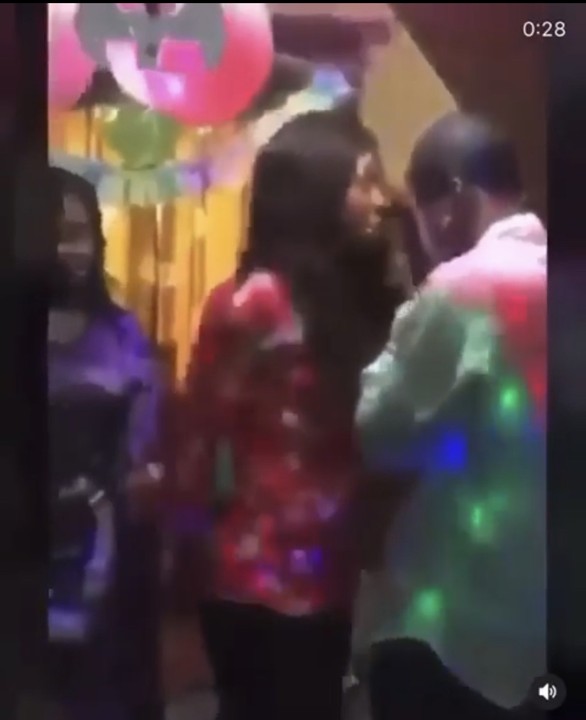 The woman stormed the birthday party and disrupted it

A serious drama has played out at a birthday party recently after a man’s pregnant girlfriend stormed the event and attacked the man’s side chic who was celebrating her birthday.

The girlfriend who couldn’t believe her man was not only cheating but also throwing a birthday party for the side chic, scattered the party as she exchanged words with the side chic.

The two could be seen in the video exchanging angry words.