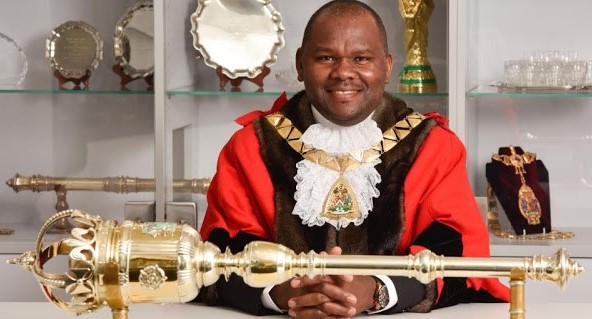 Ernest Ezeajughi from Anambra State has emerged as the the Mayor of Brent, London after what was described as splendid first term performance.

He was re-elected by the people of Brent in London.

With his re-election, he has joined many blacks and Nigerians making waves in different parts of the world. The London Borough of Brent is one of the most important boroughs in London.

The major areas that form part of it are: Wembley, Kilburn, Willesden, Harlesden and Neasden