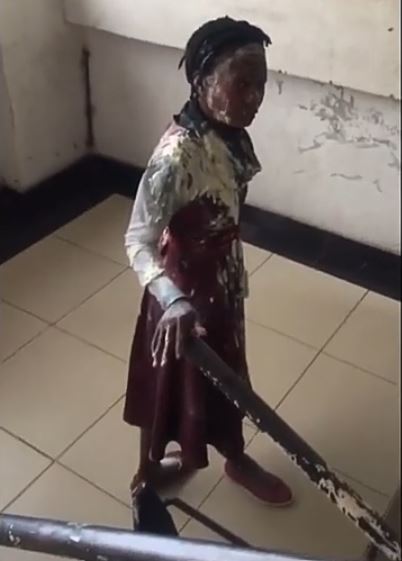 A lady who was caught shoplifting at a shop has been subjected to humiliation in Zimbabwe.

Zim Celebs reported that the lady from Mkoba was doused with flour and water after being caught stealing a soap at a shop. She was subsequently paraded round the facility.

While some people made fun of her asking if it was her birthday, others appeared genuinely concerned and offered to help her clean up.