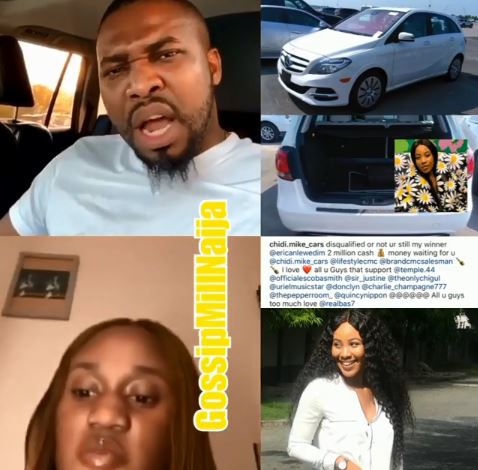 A popular car dealer, Chidi Mike has been spotted fuming after being told to fulfill his promise he made to disqualified BBNaija lockdown housemate, Erica.

Recall that he had promised Erica N2m and a benz car.

However, since she came out, he only gave her N500k, leading many people and Erica’s management to call him out accusing him of failing on his promises.

Reacting in a video, Mike was seen fuming and calling Erica a bastard as he said he has no business with her.