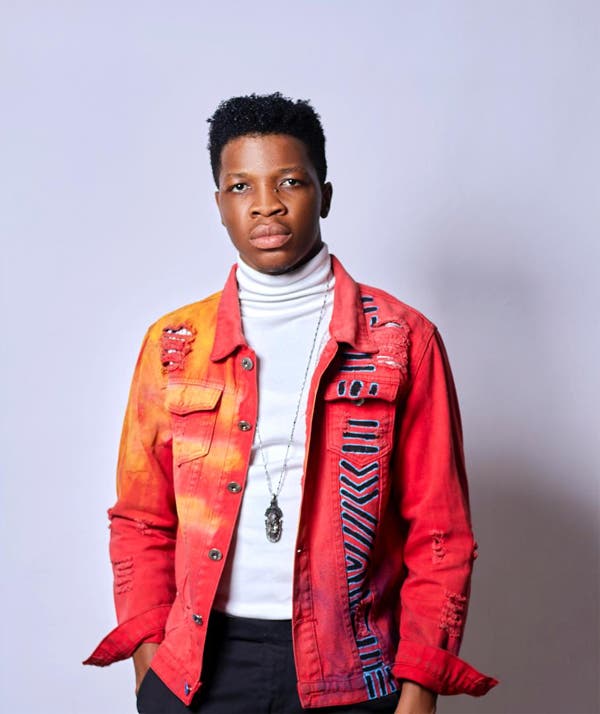 The renowned OAP who usually interviews BBN Housemates after they left the house in a well-known Radio station in Nigeria, as usual, had an interview session with recently evicted housemates OZO and Trikytee on Tuesday and in his normal style queried the duo on their affairs in the house.

He went ahead to ask OZO about his bothersome attitude towards fellow BBN Housemate, Nengi.

But, some social media users who identify themselves as fans of OZO did not take it lightly as it were, as they called him out, and some went as far as threatening his life.

One Twitter user, Pam Ella wrote; ‘who even employed you? You’re supposed to be working as a cleaner’

Another user, Pearl swore with his father’s grave to deal with EmceeRNB; ‘listen here, dick head, if ever we saw you, I swear to my father’s grave, will show you heaven’

However, EmceeRNB has replied to the attacks, saying he was only doing his job, warning those sending him the threats to desist from the act.

He wrote; ‘can you all just calm down and act sensible? It was only a friendly and fun interview just like the previous evicted BBN HM. Whoever said I hate OZO? Why should I hate a fellow human being? All I did was to ask a question everyone was shying away from’.

‘’And for the death threats and curses, on my Twitter and Instagram accounts, ‘Better comot leg for high tension’’ He warned. 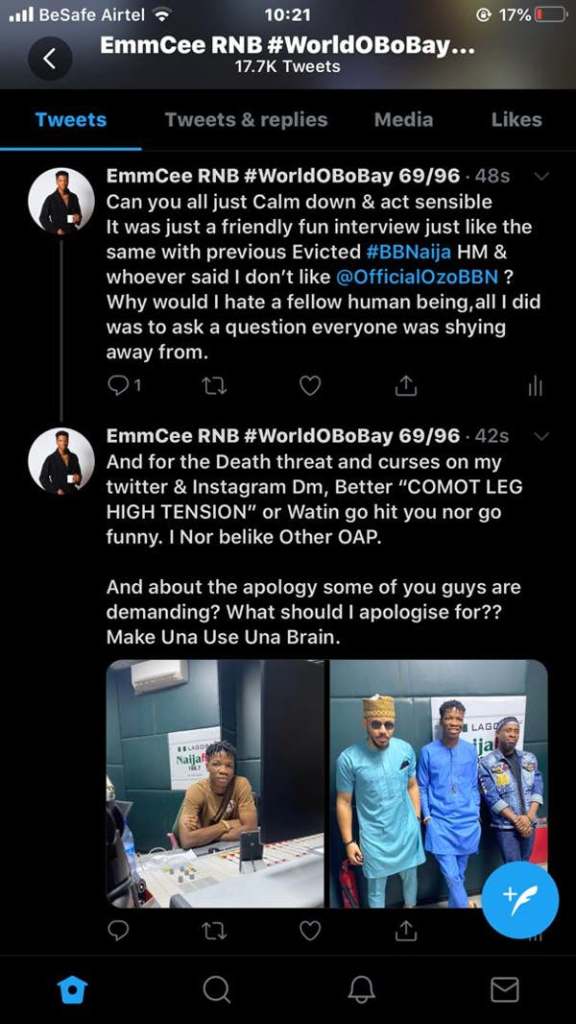 ‘My Baby’- Fela Durotoye Gushes Over Wife, Tara On Her 44th Birthday (Photo)

Fans Shocked As Burna Boy’s Name Is Omitted From List of Artistes Performing at...

digestng - March 8, 2021 0
Burna Boy   Fans of Burna Boy are not happy after his name was omitted in the list of those to perform at this year's...

‘My Baby’- Fela Durotoye Gushes Over Wife, Tara On Her 44th Birthday (Photo)

digestng - March 8, 2021 0
Fela and Tara Durotoye   Former presidential candidate, Fela Durotoye has showered his wife with adoring words to celebrate her birthday.   His beautiful wife, Tara is a...

Six Nigerian Governors To Set Up Joint Taskforce Against Kidnapping In...

Drama As Sacks Of Diesel Are Found Hidden Inside A Beer...