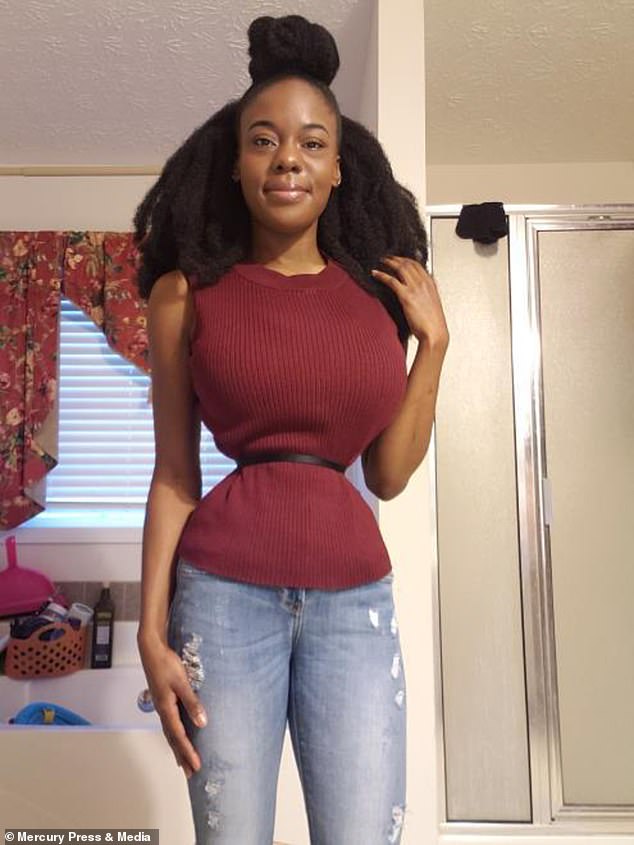 A single mother in Georgia desperate to break the world record for the tiniest waist has revealed the routine she wants to use to break the record.

According to Dailymail, 26-year-old Sammy Wilson wears a corset for 18 hours a day to shrink her tiny 21.5-inch torso.

Sammy Wilson, 26, from Georgia, started waist training in April 2019 to help add some curves to her frame after losing weight.

She can now squeeze into a 15-inch corset, and she’s determined to whittle her 21.5-inch waist down to 14 inches.

‘I want to have the smallest waist in the world,’

‘If I get down to 14 inches my waist will be roughly the same size as an average newborn baby’s head and one inch smaller than the current world record.’

The Guinness World Record for the smallest waist on a living person is currently held by Cathie Jung, who has a 15-inch waist.

Just two years ago, Sammy weighed 198 pounds and wore a size 16, but she was miserable with her physique and was desperate to transform her 35-inch waist.

The mom, who has a son, Gabriel, started losing weight in December 2018. She dropped down to a slim size 6 in just four months, but she was still unhappy with her boxy waist.

‘Despite people’s concerns I think it has helped my health massively,’ she said. ‘I used to be a terrible binge eater but I just can’t binge eat when I’m wearing this. It helps my posture so I won’t have a hump when I’m older and it’s very good for my metabolism.

‘My family have been very supportive and my friends tell me I’m unrecognizable,’ she added. ‘My mom even wants me to get her a corset. I’m definitely more confident now than I ever have been before.

‘Everyone wants to be remembered for something and I just want to have something that I can smile to myself about and know that nobody else has done it.’

While the lab worker claims she’s never felt better in her tightly fitting garment, she admitted she often faces negativity from onlookers who see her on the street.

‘If I’m out shopping, people will stare and they will sometimes even stop and ask me questions about how my waist is so small and ask if it hurts,’ she said.

‘Some people say I’m weird, call me a freak and ugly, or ask me why I would do this to myself. But I don’t know how people can say it’s dangerous, it’s actually very comfortable.

‘When you’re skinny and pretty, life is just so much easier,’ she added. ‘More guys want to take me out and more people notice me. I just want to see how far I can take it.’ 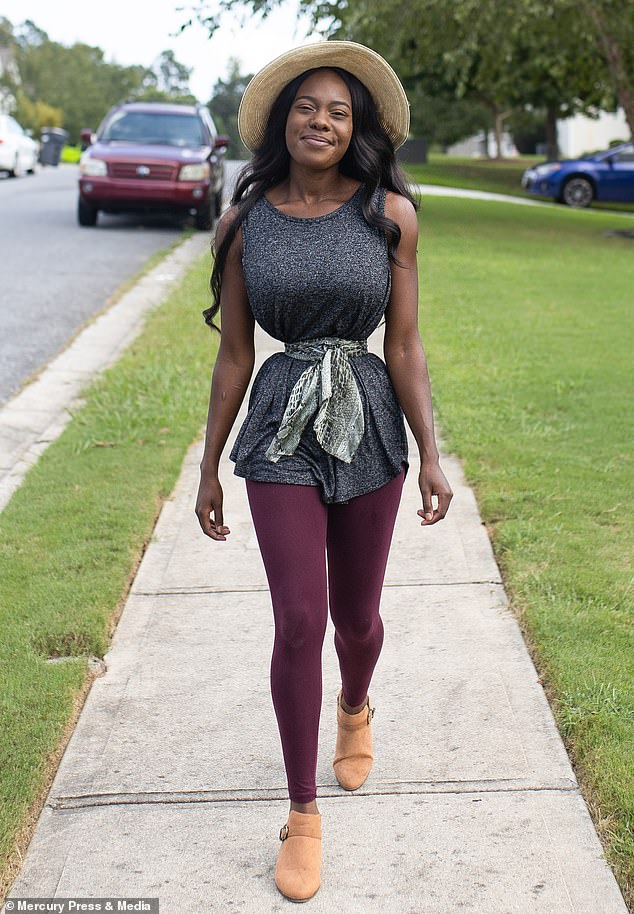 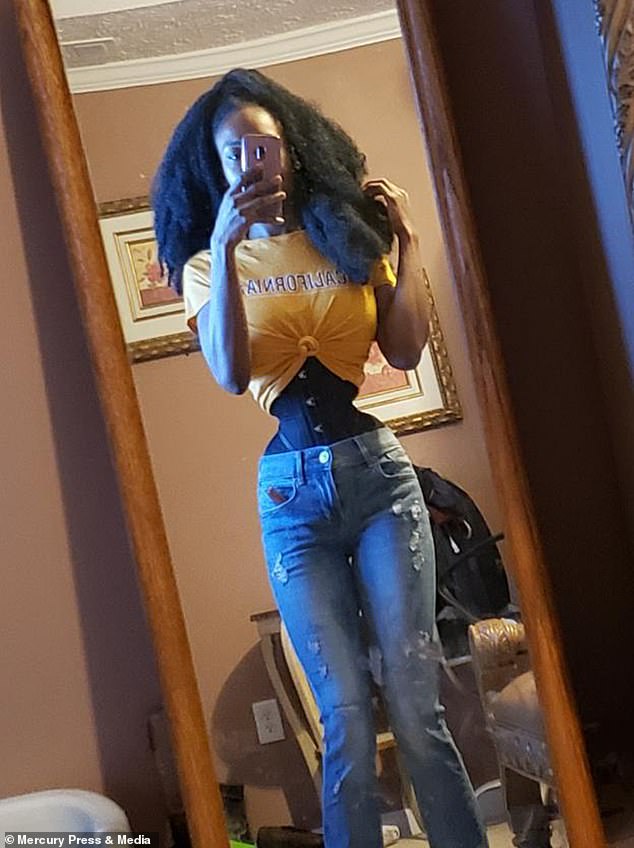 Drama As Angry Mob Pounces On Man Who Was Caught Picking...