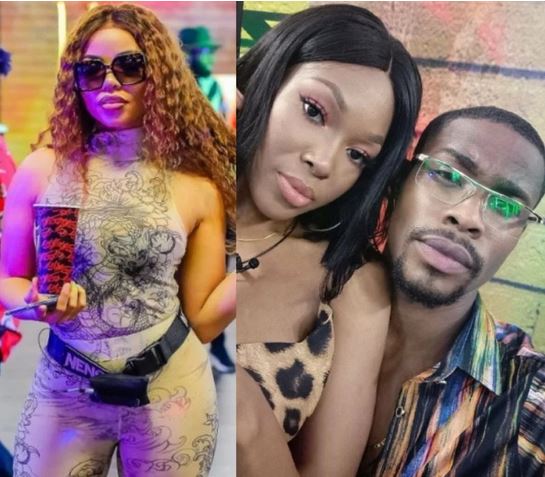 Nengi, a Big Brother Naija Lockdown housemate, has vowed to spoil the show for fellow housemates, Vee and Neo when they leave the house on Sunday.

The reality TV show will come to an end on Sunday and a winner is expected to go home with N85 million worth of prizes.

Vee had earlier revealed her plans to have consistent sex with her boyfriend, Neo immidiately after the show.

Nengi has now vowed to disturb the lovers and make sure they don’t carry out their long awaited plans.

But in response, they told her, “My dear, you’ll knock but nobody will answer you…”


Watch the video below:

#Nengi to Vee and Neo : “I know you’ll be in a hotel room on Sunday, I’ll disturb you.” She doesn’t want Vee to kill Neo with sex #BBNaijia #VOTENengi #NengiTheMovement pic.twitter.com/MLJqVCi4op