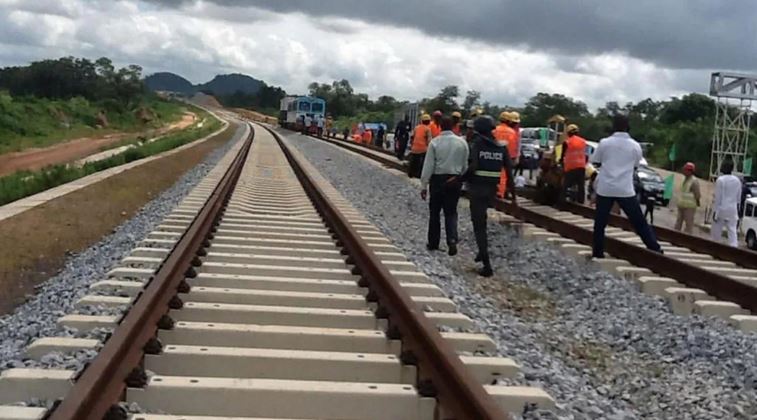 See How Nigerians Are Reacting After FG Approved $1.96 billion For Rail Construction From Kano To Niger Republic

Following the federal government’s approval of $1,959,744,723.71 contract for a rail line that would link Nigeria to Niger Republic, there have been mixed reactions from Nigerians.

Speaking after a federal executive council meeting which was presided over by President Muhammadu Buhari, Minister of Transportation, Rotimi Amaechi told State House correspondents that the money approved for the development of the proposed rail line linking Kano-Dutse-Katsina-Jibia and to Maradi in Niger Republic was inclusive of Value Added Tax.

The rail contract which was initially budgeted in the 2018 Appropriation will connect at least seven cities in Nigeria and one city in Niger Republic and is expected to start from Kano and pass through Dambatta, Kazaure, Daura, Mashi, Katsina, Jibia and terminate in Maradi, Niger Republic.

It will connect about three states of Jigawa, Kano and Katsina and when completed, would assist in the supply of crude oil from Niger Republic to the refinery being built in the border town between both countries.

“Two memos for the Ministry of Transportation were approved by the council. The first one is the award of contract for the design, manufacture, supply, testing and commissioning of one railway crane of 150 ton capacity for emergency and recovery of rolling stocks.

“This is to sort out say situations of accident on the track. It is for a total cost of N3,049,544,000. That’s the first memo that was approved for the Ministry of Transportation.

“The second one is the award of contract for the development of the proposed Kano-Katsina-Jibia to Maradi rail line in Niger Republic and to Dutse, the capital of Jigawa, for a total cost of $1,959,744,723.71, inclusive of 7.5% VAT.”

However reacting to the approval, some Nigerians insisted that it was a misplacement of priority in a country facing intractable problems of insecurity and harsh economic conditions arising from hikes in fuel price and electricity tariff.

Here are some reactions below; 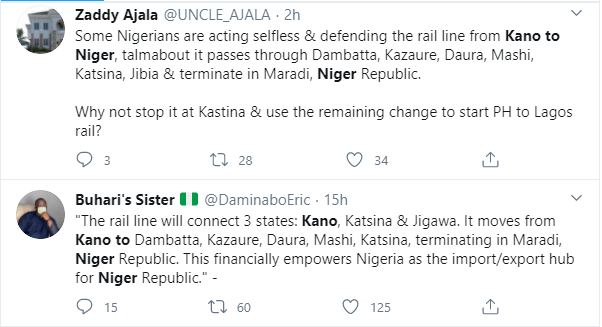 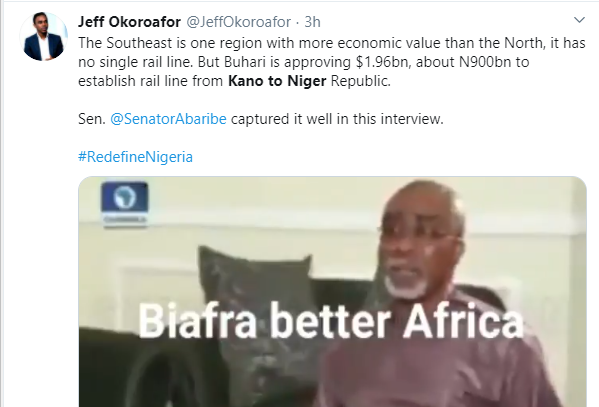 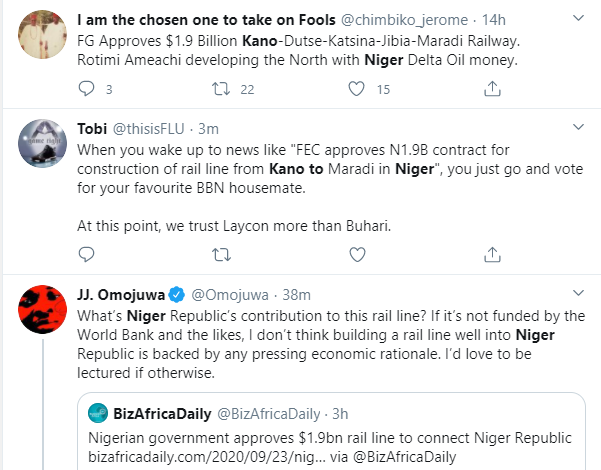 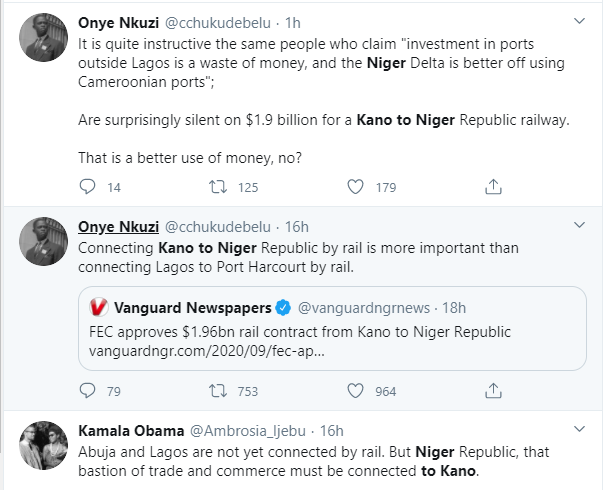 #EndSARS: President Buhari’s Address Was Completely Disconnected From The Realities Of The Tragic Occurrences In Nigeria

#EndSARS: President Buhari’s Address Was Completely Disconnected From The Realities Of The Tragic Occurrences...