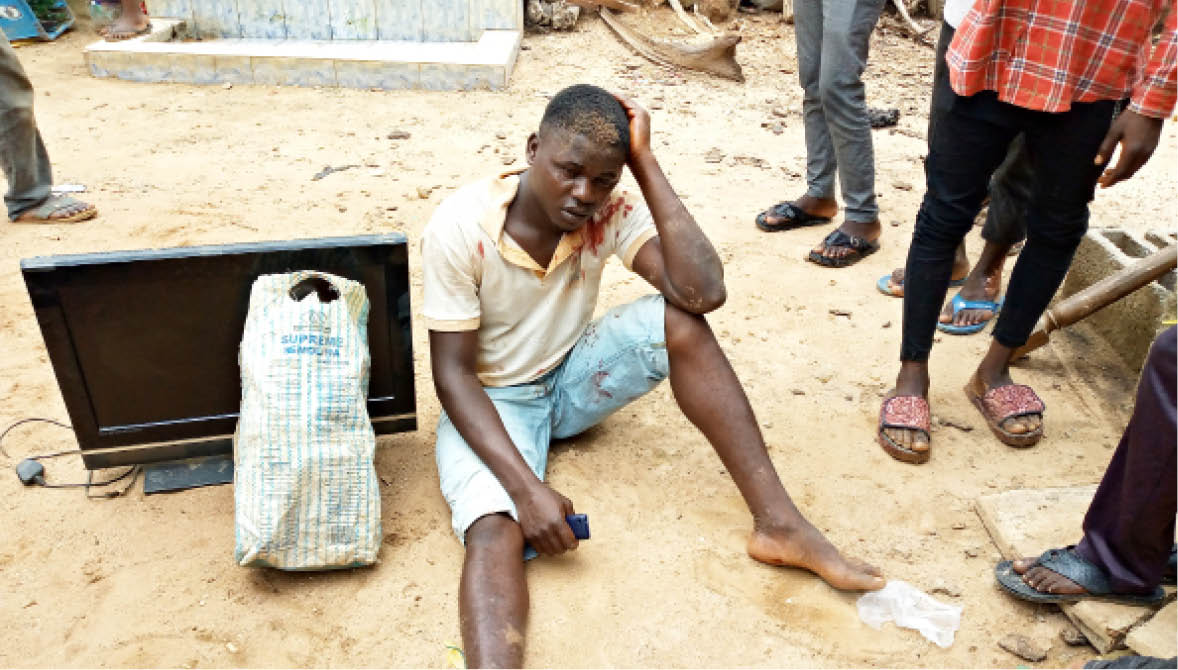 Ejiofor after he was caught

A 23-year-old man simply identified as Ejiofor has been apprehended after allegedly stealing a plasma television in Wumba village, Abuja.

A house owner identified as Mrs Comfort Daniel revealed that the 23-year-old suspect was arrested and taken to the chief’s palace in Wumba.

Comfort said Ejiofor invaded her house while she went out to buy something by the roadside.

She said she left her 11-year -old son at home when the suspect entered the house and went straight to the parlour to remove the plasma television from the wall.

“My son asked him what he was looking for, and he replied that I directed him to come and remove the television for repairs. And luckily enough, I was entering the house when I saw him with the television, and I quickly raised an alarm,” she said.

According to her, it was in the process that some youths immediately arrested him and took him to the chief’s palace in the area.

The chief of the community, Daniel Zhiba, immediately invited some plainclothes policemen who arrived at the palace and whisked the suspect away in their patrol van.

The suspect sat on the ground with bloodstains all over his body.

“History Made” – Check Out How 2face Celebrated Burna Boy On...

Church Members, Reno Omokri, Others Threatening Me – Mother Of Abused...

Canada Warns Its Citizens About Non-essential Travel To Nigeria