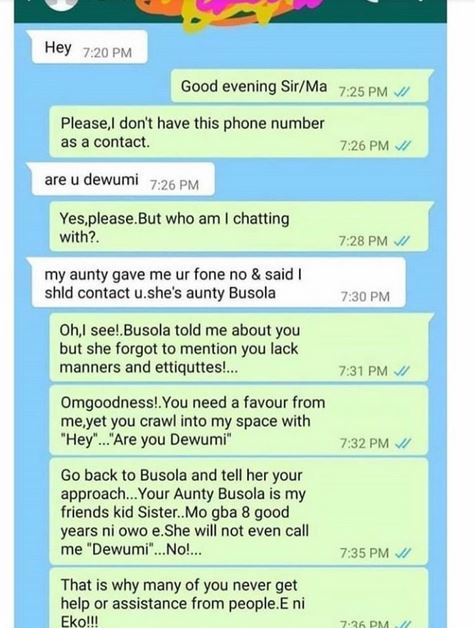 A screenshot of a chat between a woman and a younger person who needed her help has surfaced on Twitter.

In the screenshot, the younger person is seen reaching out to a woman named Dewunmi after their aunt Busola asked them to contact the woman.

The chat didn’t go well as Dewunmi took offence at the younger person’s manner of approach and she immediately slammed them for their lack of “manners and etiquette” by referring her her by name.

After the chat went viral, Twitter users began debating about it. Most people called out the younger person for being rude. Others criticized certain adults for their “demand for respect”. 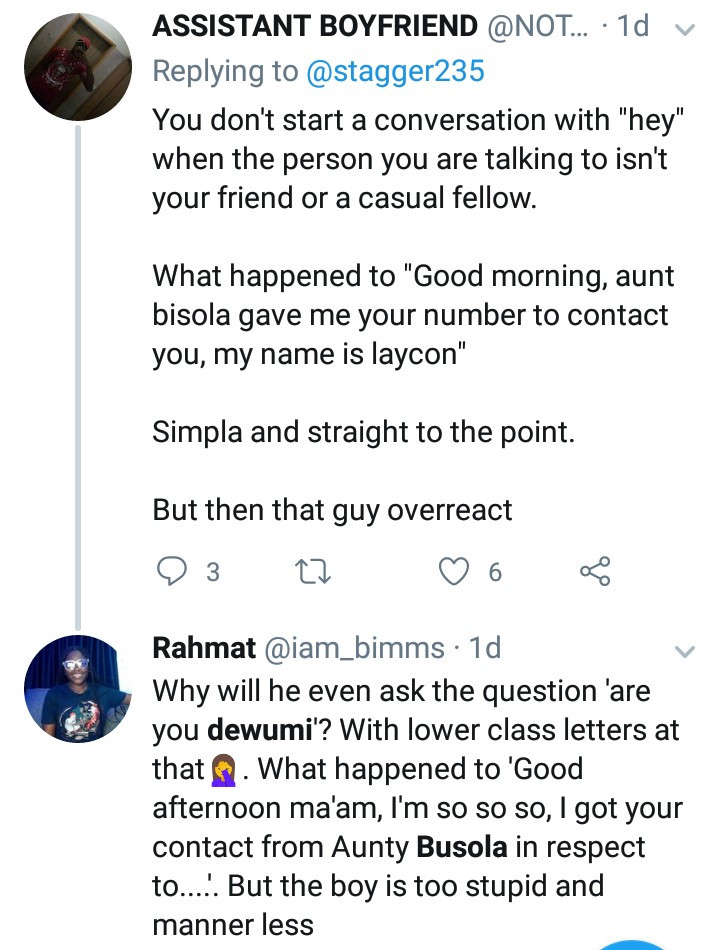 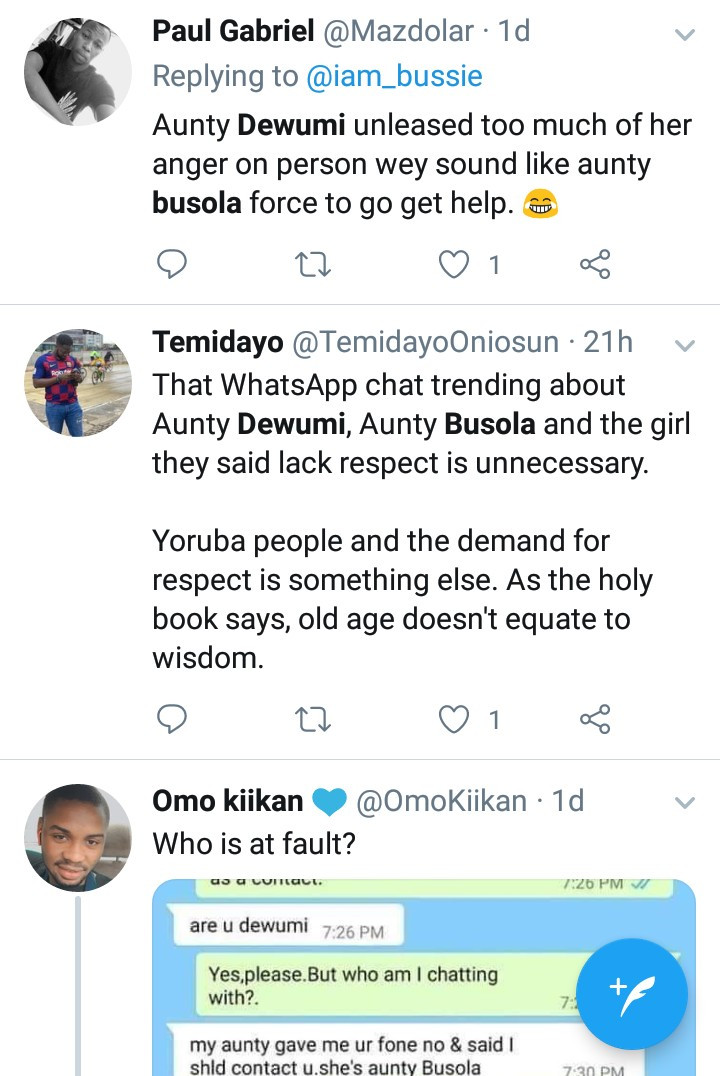 Police Rescue Notorious Armed Robber After He Was Beaten to Stupor...