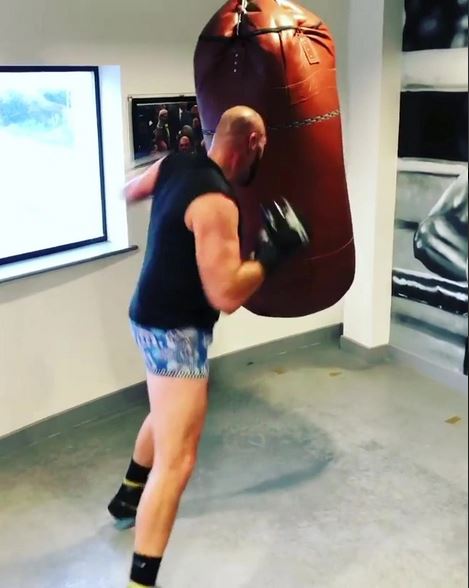 The boxer showed off the explosive combination punching and left hooks that led him to victory against Deontay Wilder in his latest video.

The Gypsy King shared the training clip online as he prepares to face Wilder in their trilogy clash.

In the video, Fury, 32, drills his left hook, the shot that floored the Bronze Bomber in round five of their title fight in February.


Wilder, 34, suffered the first loss of his career as he surrendered the WBC belt.

The rivals are now set for a trilogy bout, which Fury’s US promoter Bob Arum is hopeful can take place in December.

Girls Who Use “Don’t Be Stingy Line” Are Satanic Destiny Destroyers”...

“My Nude Photo With My Son Was A Mistake” – Akuapem...

Pandemonium Erupts As One Dies After Police Raided Robbers’ Hideout In...