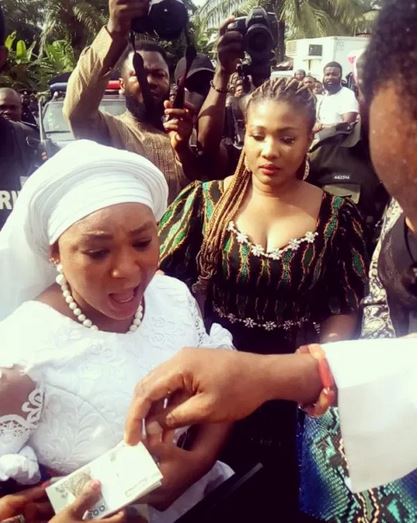 It was a rain of Naira as Zubby Michael sprayed money on actress Rachael Okonkwo during the burial of her mother on Friday.

He also sprayed lots of money on singers eulogising his name during the burial.

In fact, it was raw display of opulence by Michael.

Watch the videos from the ceremony below:

digestng - March 8, 2021 0
A resident of the village, Ogunniyi Joel, said the remains of the victims have been taken away by men of the Nigeria Police...

Singer, Flavour Reveals Why He Is Still Single

Nkechi Blessing Shares Photos Of Her New Man On Her Birthday