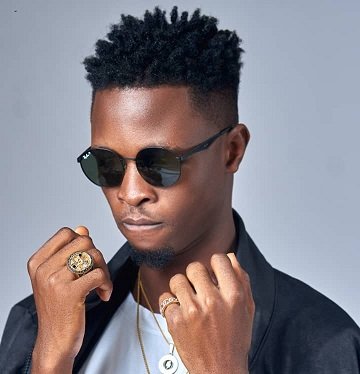 Hours before the Big Brother Naija (Lockdown edition) is scheduled to come to an end later today, many celebrities and fans have continued to intensify their support for Olamilekan Agbeleshe, aka Laycon.

There are currently five contestants left in the house― Laycon, Nengi, Dorathy, Neo and Vee― but going by social media posts, Laycon is undoubtedly the most popular of them.

Meanwhile, when he first got into the house, he was the subject of ridicule as many mocked his looks and dressing. He was also made fun of because of his seeming fixation with a now disqualified contestant, Erica Nlewedim, who was more attracted to Kiddwaya. However, as the competition progressed, many became impressed with his intelligence and talent. Prior to getting into the house, Agbeleshe was pursuing his music career and had released a song titled, Fierce, in which he featured Reminisce and Chinko Ekun.

Music producer-turned-blogger, Samklef, has been particularly vocal about his support for Laycon. He has never hidden his support for the lanky singer and many people have donated money to him, which he (Samklef) in turn has distributed to fans to buy airtime and vote en-masse for Laycon. As of Friday, September 25, he had raised N910,000.

Actress, Nkechi Blessing, took it a step further when she organised events in Ikeja and Ikorodu (Lagos State) where people were given airtime and encouraged to vote for Laycon. Also, during the week, some youths in Ogun State held a public walk in support of Laycon, imploring all who cared to listen to vote for the University of Lagos graduate. This was even as a restaurant in Lagos offered free food to people to vote for Agbeleshe. Similar scenarios have also played out across the country as both youths and adults have been showing support for Laycon in different ways.

Though fans of the show wait with bated breaths for the winner to be announced this evening, if the last man standing was to be determined by social media activities and offline support, it is clear who the winner would be.

They Clubbed My Dad To Death, Poured Chemical On His Body To Dry Him Up

digestng - October 24, 2020 0
The man gave his support to the FG for killing protesters   A Nigerian pastor has left many people in a state of shock after...

They Clubbed My Dad To Death, Poured Chemical On His Body To Dry Him...

#EndSARS:Onyii Alex Drags Follower Who Accused Her Of Dressing Sexy To...

FG, US Meet Over Visa Ban