Public Relations Officer of the command, Abimbola Oyeyemi, made this known in a statement on Sunday. 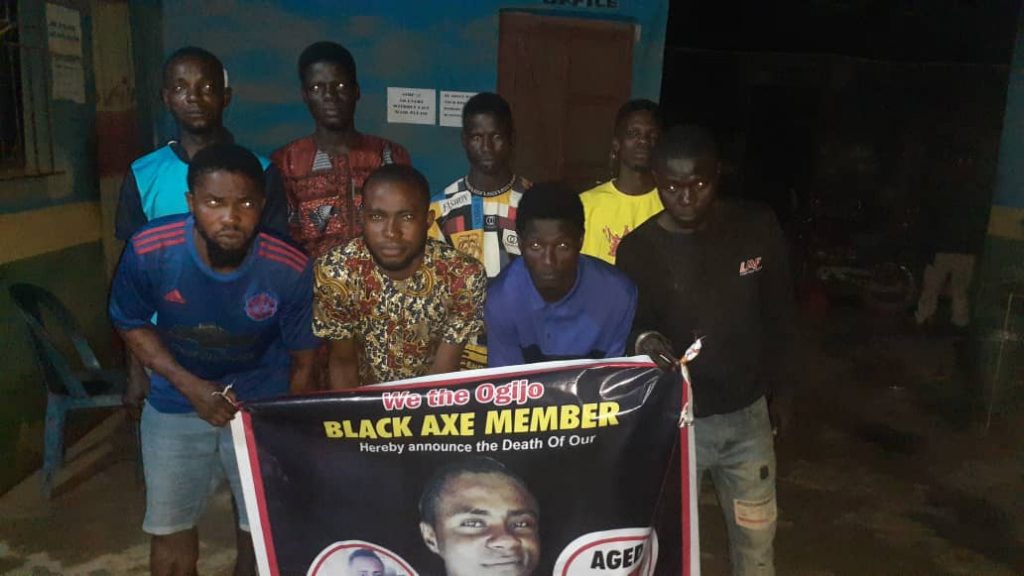 Some of the cultists were nabbed

They were nabbed on September 24 while mourning a colleague.

Public Relations Officer of the command, Abimbola Oyeyemi, made this known in a statement on Sunday.

The spokesman disclosed that they were nabbed following a complaint to Ogijo police station.

A 16-year-old boy, Onome Iduru, was shot during the cultists’ procession and was rushed to the station.

Oyeyemi said the cultists after opening fire on the victim, took his phone and unleashed terror on the community.


“Upon the report, the DPO Ogijo division, Muhammed Suleiman Baba led his men to the scene where eight members of the violent group were arrested after serious encounter with the policemen.


“A banner designed with the group insignia to announce the death of their member was recovered from them while the injured victim was taken to Oladayo hospital for medical attention,” he noted.

The Commissioner of Police, Edward Awolowo Ajogun, has ordered the transfer of the suspects to the Criminal Investigation and Intelligence Department.