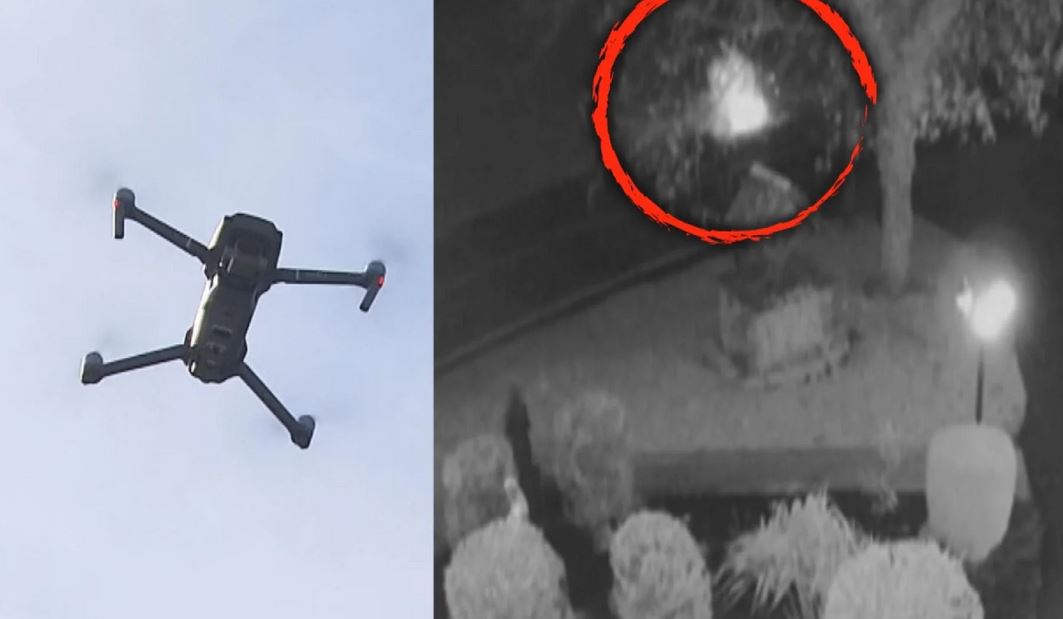 Surveillance video shows a blast that rocked a Pennsylvania neighborhood when a man allegedly used a drone to drop explosives on his ex-girlfriend’s home in March.

The blast happened outside the ex-girlfriend’s house. The accused drone operator, 43-year-old Jason Muzzicato, lives about 1 mile away. Authorities say he flew the drone directly over the home and then released an explosive device that left the former girlfriend and the entire neighborhood living in fear.

After a judge labeled him “a danger to the community,” the alleged drone bomber is a suspect in a string of other mysterious explosions.


He says he witnessed another drone attack he’s convinced was allegedly launched by Muzzicato. “There were these things hitting the ground, hitting the driveway, and it was nails,” he said. “It rained nails.”


When authorities searched Muzzicato’s home, they say they found homemade explosive devices, some of them in his coat pocket. Cops also seized an arsenal of weapons at the house, including two loaded AR-15s and a shotgun. He was taken into custody by the FBI, according to police.

When authorities raided the suspect’s car repair business, a bomb squad truck with specialized equipment was standing by.

When cops searched his truck, they found “toggle switches on the dashboard” that operate “hidden mechanisms” to “release fluids… Drop nails onto the roadway and release ball bearings… Capable of damaging vehicles,” according to the police report.

John Waldron is Muzzicato’s attorney, and he told Inside Edition that “there is no evidence pointing to him dropping explosives on anyone’s property.”

digestng - March 8, 2021 0
The lady revealed the story in a video   A lady has been left shellshocked after discovering that the person she called sister is actually...

Fans Shocked As Burna Boy’s Name Is Omitted From List of Artistes Performing at...

digestng - March 8, 2021 0
Burna Boy   Fans of Burna Boy are not happy after his name was omitted in the list of those to perform at this year's...