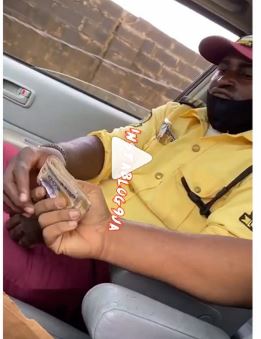 An official of the Lagos State Traffic Management Authority has been caught on tape extorting N15,000 from a traffic offender in Lagos state.

The man took to social media to lament after the officer collected the money from him in Lagos. In the video, the bribe-seeking officer could be seen counting the money after extorting it from the motorist.

‘This Is Not a Military Regime’- Oby Ezekwesili Blasts Buhari for...