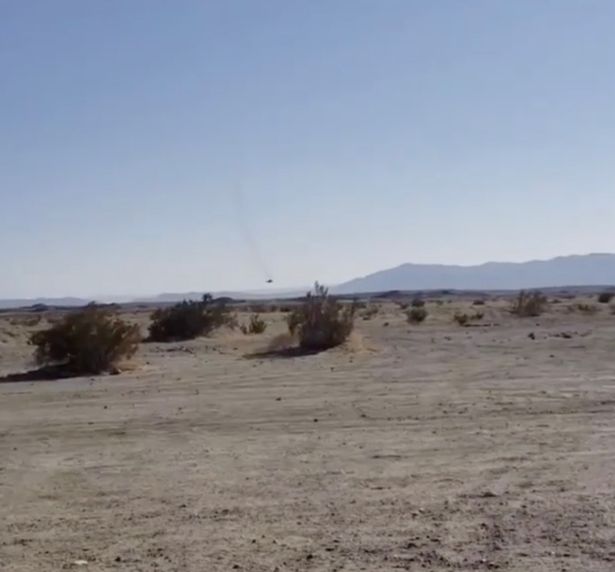 The pilot managed to parachute out of theF-35 fighter jet as it crashed to the field (Image: Instagram/aviationdaily)

Shocking video has emerged of a US fighter jet crashing to the ground after it hit a tanker during an air-to-air refuelling operation in California.

The F-35B stealth combat aircraft made contact with a KC-130J tanker near Salton Sea in Imperial County on Wednesday (September 30), allowing it to remain airborne for a longer period of time.

Footage shared by witnesses on Instagram shows the combat jet rapidly falling from the sky and smashing into the ground before a huge fireball erupts.

A woman is heard screaming: “Oh my God! You guys!” while her friends walk up to the front to film.

Plumes of black smoke fill the sky as the £77m fighter jet burns.

First responders on the ground also reported that the jet “disintegrated” after bursting into flames. 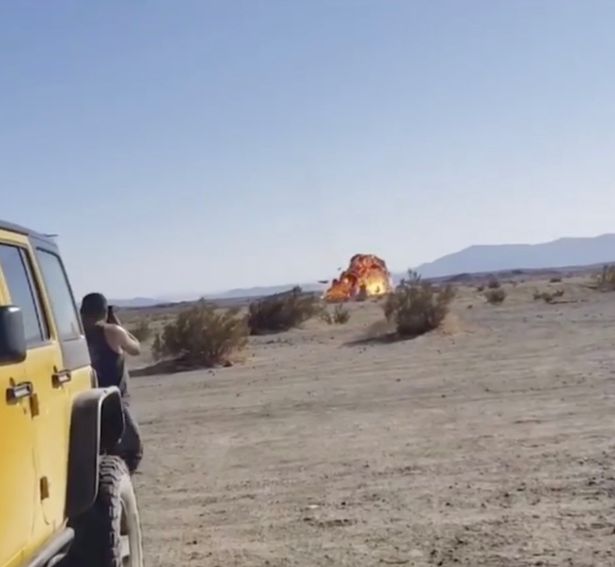 The £77m stealth jet turned into a fireball after it collided with a tanker and crashed to land (Image: Instagram/aviationdaily)

According to local media KESQ, the tanker made an emergency landing in a farm field in Thermal Airport and all eight crew members were reported safe.

The pilot of the F-35 jet ejected successfully and safely landed, but details of his injuries were not known yet.

The US Marine Corps confirmed the collision yesterday.

They said in a statement: “An F-35B made contact with a KC-130J during an air-to-air refuelling evolution, resulting in the crash of the F-35B.

“The pilot of the F-35B ejected successfully and is currently being treated.

“The KC-130J is on deck in the vicinity of Thermal Airport. All crew members of the KC-130J have been reported safe.

“The official cause of the crash is currently under investigation.”

The air-to-air refuelling requires a hose and drogue, which the tanker dangles from the wing of the aircraft so that the fighter jet can use a pop-up probe to connect and draw fuel.

After Being Insulted Over Laycon’s Genotype Revelation, Erica Drops Message For...