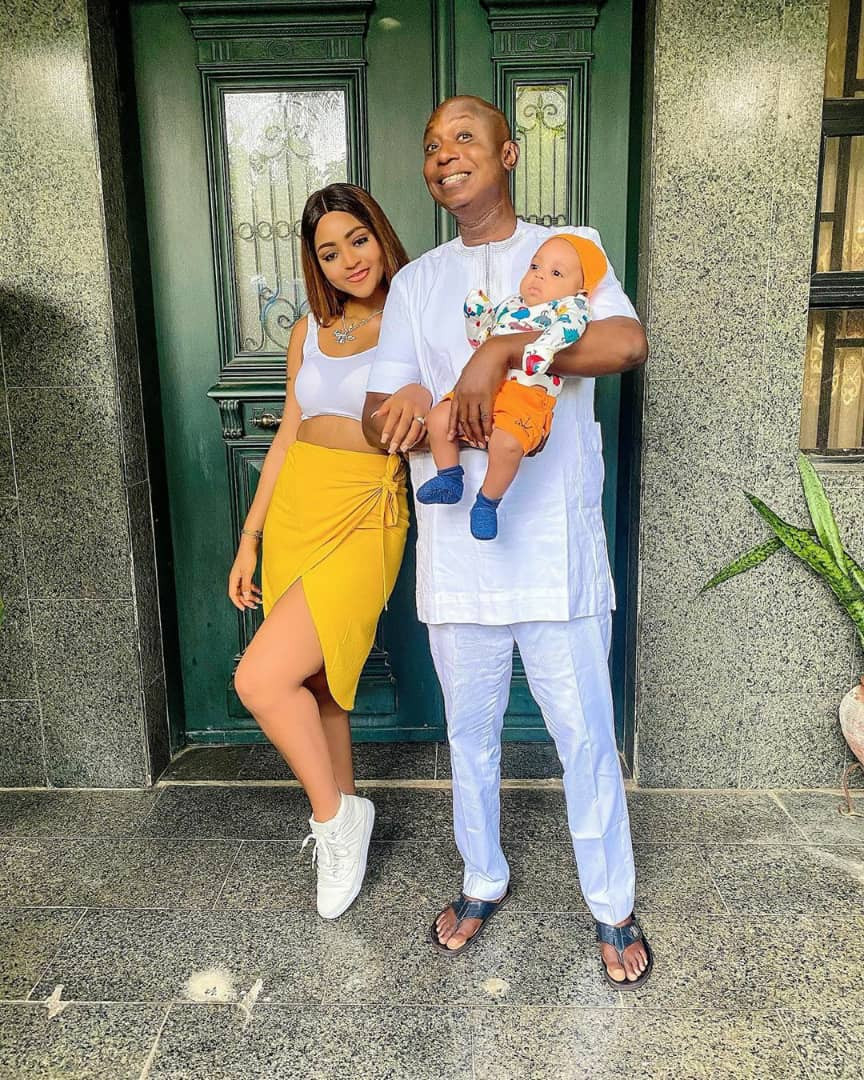 Popular Nollywood actress and wife of Ned Nwoko, Regina Daniels has been dragged online after she posted a photo of herself and her husband holding their son.

Regina Daniels who was celebrating 3 months of her son Munir shared a family photo of herself and her husband. However, some fans made some observations from the photo she posted.

Some fans realized that Ned Nwoko’s face had become fairer than he is. This made some fans react to the photo of the billionaire after asking if he has started bleaching.

“Are You Ashamed To Call Him Your Husband”