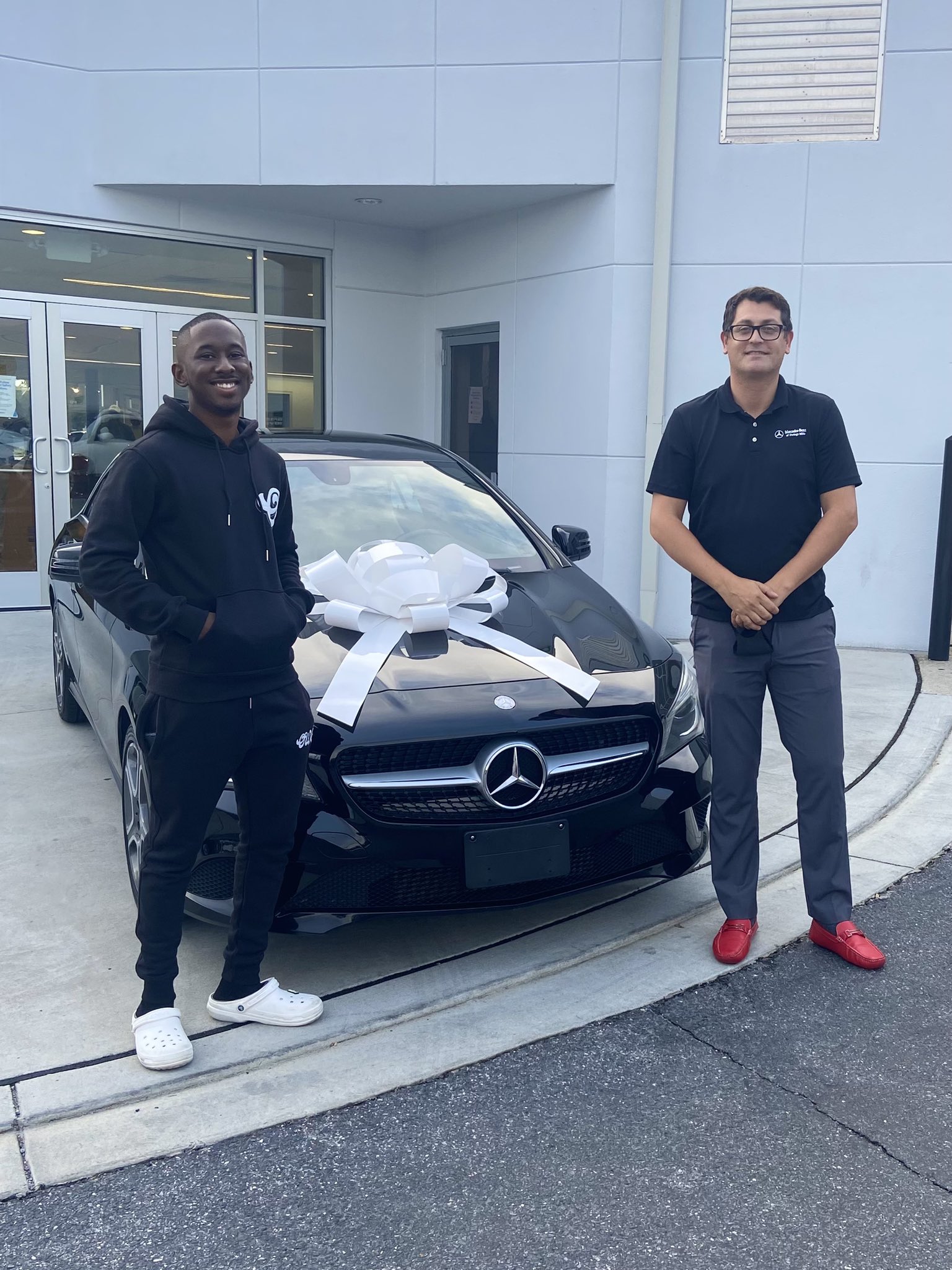 King Paul buys first car after speaking it into existence

A Nigerian Twitter user, @Kingpaul_ based in the United States has shocked many people after taking delivery of his newly ordered Mercedes Benz car.

Paul who is based in the United States, revealed that he just bought the car and it is his first after speaking it into existence.

Sharing photos of the moment the car arrived from the dealership, the whip could be seen with a ribbon on the bonnet, gift wrapped for the new owner who was very excited about his new motorable toy.

He put on a mask and hugged the car as if it were a human he had feelings for. 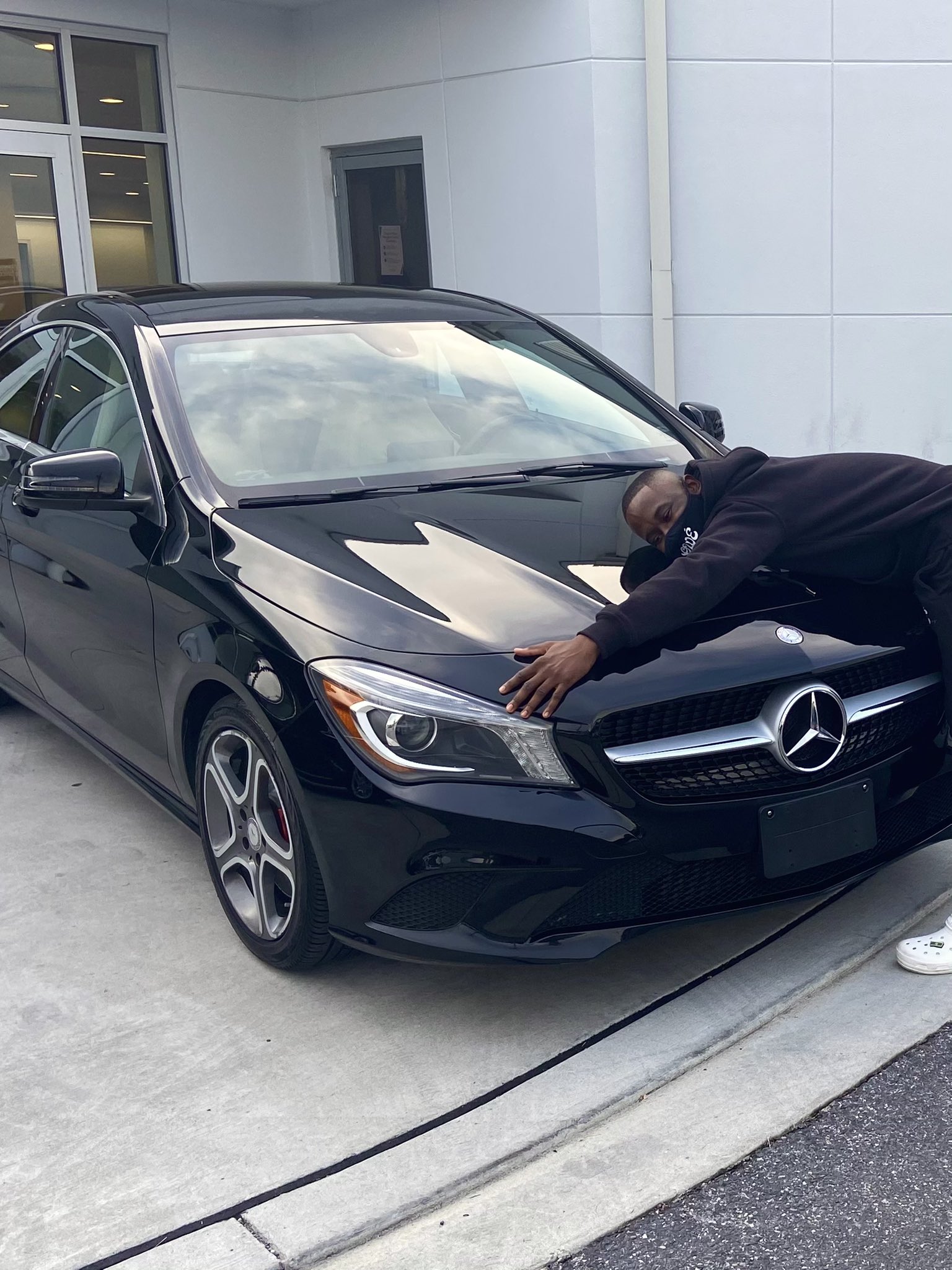 The photos he shared were captioned; “I just bought my first car “

@Kingpaul_ had also predicted on September 16, that by this time in 2021, he would own a car and be staying in his own crib. His goal appears to have been partly fulfilled with the acquisition of a new car. 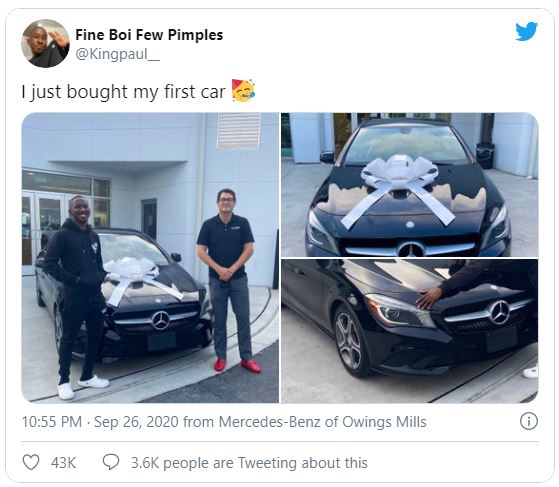 He wrote; I posted this to my IG story recently & already accomplished one goal. I didn’t even expect to get a new car till like next summer lol. Speak positively over yourself & your life then manifest what you say! All glory goes to God!!!

Tension As One Die, Many Severely Wounded As Two Men Fight...