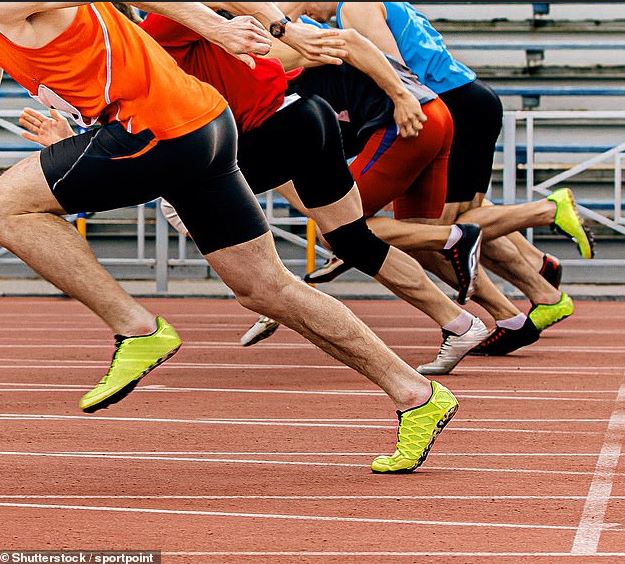 Experts from Loughborough University found that sprinters with a large gluteus maximus, the muscle that forms the bottom can run up to 44% faster.

The full findings of the study were published in the journal Medicine and Science in Sports and Exercise.

The team discovered this “booty boost” factor after comparing the lower body muscles of men who were either elite sprinters, sub-elite athletes or untrained.

Elite sprinters – those with a personal best of under 9.99 seconds in the 100 metres were found to be not only more muscular generally, but also in a very specific way.

While their calf muscles were similar in size to those of their sub-elite counterparts, others including the gluteus maximus and hip extensors were far bigger.

The researchers claimed the findings have the potential to revolutionise the physical training and performance of many athletes.


“Sprinting is thought to be influenced by many factors -technique, psychology, nutrition, anatomy of other structures,” explained paper author and neuromuscular performance expert Jonathan Folland, of Loughborough University.

“To find a single muscle that alone seems so important, explaining nearly half the variability, is remarkable,” he added.

“It appears that muscle size is more important for fast running than we thought and especially the size of the hip extensors and gluteus maximus.

“The logical implication is that with a larger gluteus maximus the runner will be able to generate more power and therefore greater sprint speed.

“Thus, increasing the size of the gluteus maximus in particular as well as the other hip extensor muscles would be expected to improve sprint performance.”

“I believe this line of research has the potential to have a significant impact on coaches and practitioners working with elite level sprinters,” said paper author and Loughborough University doctoral student Rob Miller.

Mr Miller, who is a strength and conditioning coach with British Athletics, added: “it is unusual to find research on truly elite athletes and it’s exciting to have found specific characteristics that seem to differentiate between the good and very-good.”

The team is now building on the research with a study focused on women instead.

They are also collecting data for a comparison of the muscle anatomy of runners that compete over different distances.