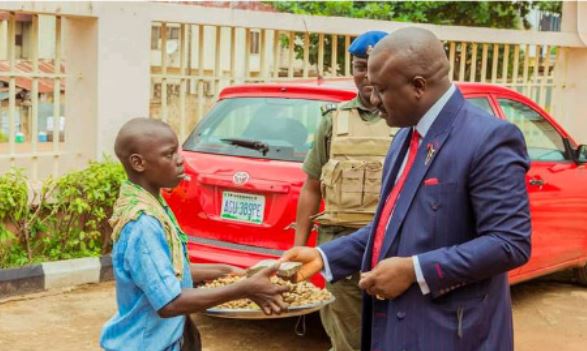 The man gave the groundnut seller some money

A Nigerian man identified as Mr. Ijiomah Chinedu Marksman has told a story that has gotten many people talking.

The man took to his Facebook to share his experience with a groundnut seller. According to him, he was driving across the streets while leaving for work when he came across a young boy who sells groundnut.

The young boy who sells groundnut then told him to please purchase from his product. Mr. Chinedu said he told the boy he isn’t interested in buying his groundnut.

After this, the groundnut seller quickly replied by telling him to taste his groundnut so he’d buy when next he passes by.

Mr. Ijiomah Chinedu felt really impressed about the boy and took to rewarding him for being a credible street boy. He then gave the boy a fifty thousand naira cash for being well-mannered. 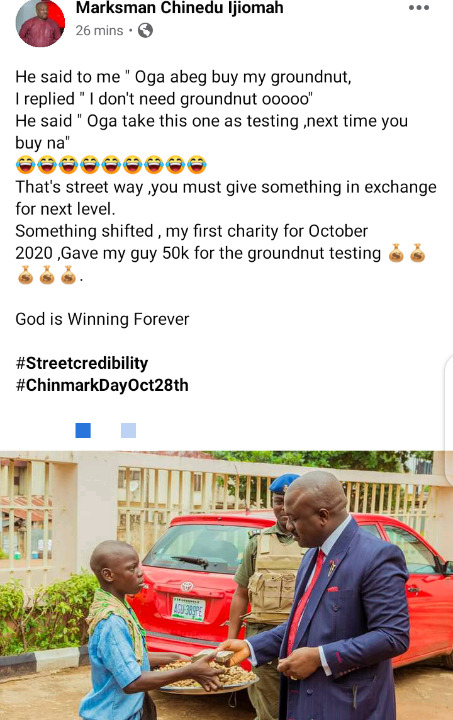 digestng - October 23, 2020 0
Hoodlums destroyed properties belonging to the bank   First Bank of Nigeria in Aba is counting it loss after hoodlums allegedly destroyed its properties worth...

‘My Sister Does Not Have Bipolar’