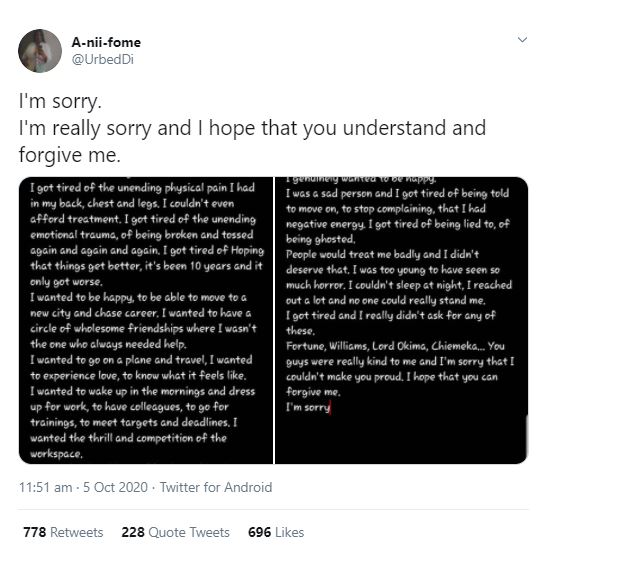 The woman, who lives in Abraka, Delta State, said she has overdosed (OD) on drugs and doesn’t know how long it will take for it to work.

She explained that she "got tired" then apologized to those who will be hurt by her actions.

Twitter users were able to get her address and rushed to help her.

Kiki Mordi later gave an update, explaining that she is now in the hospital.

Below is the suicide note and also reactions to it; 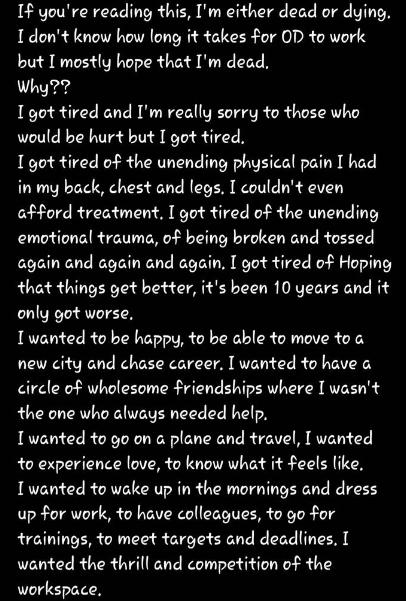 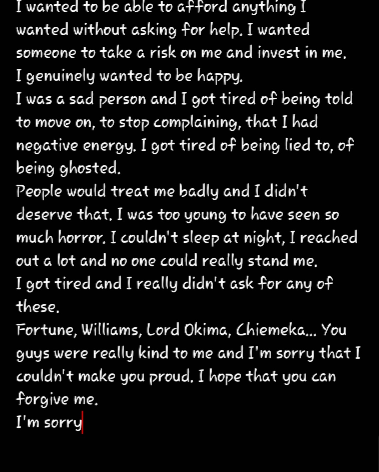 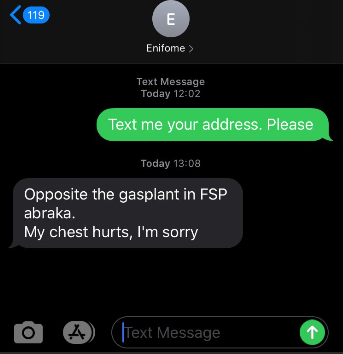 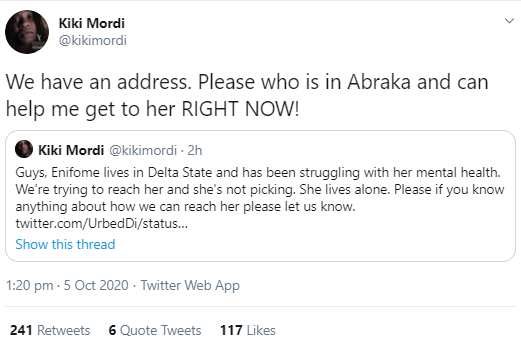 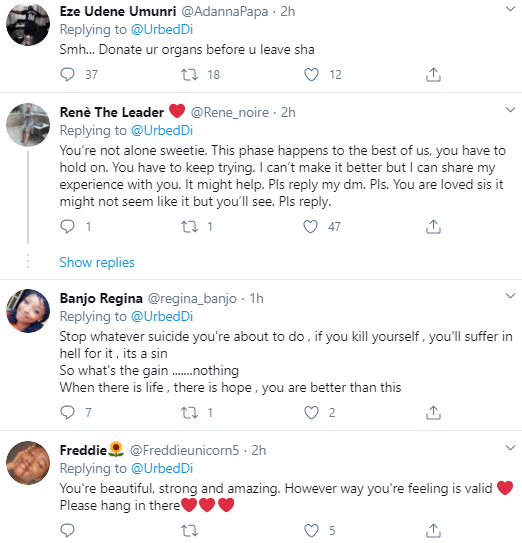 Senate Appeals To FG To Procure COVID-19 Vaccines For Nigerians