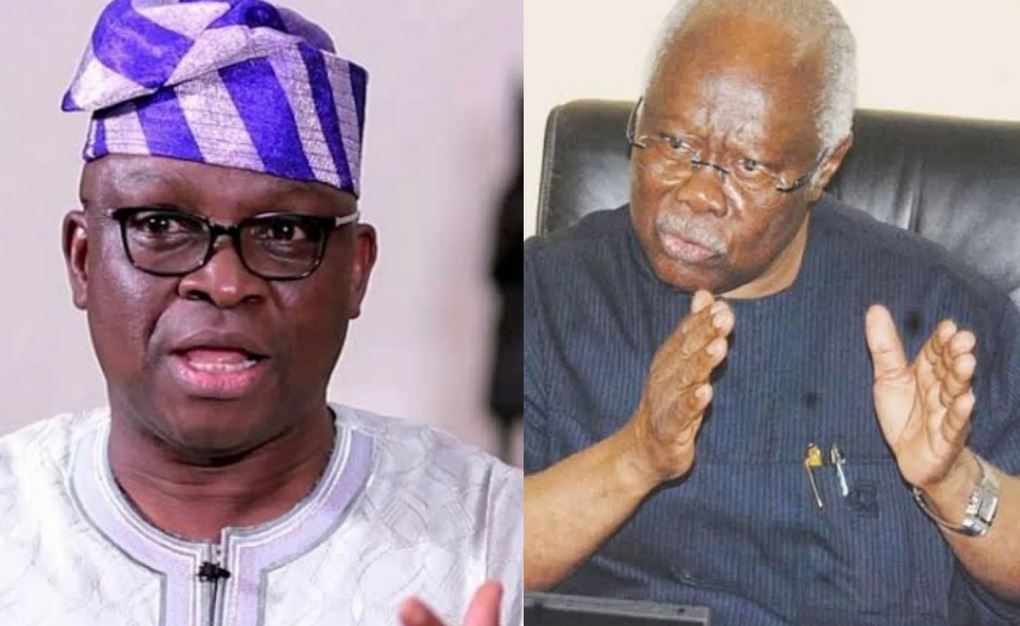 Following the statement made by the former governor of Ekiti, Ayodele Fayose asking the PDP to send its former Deputy National Chairman, Chief Bode George, on “political retirement”, the Peoples Democratic Party (PDP), Lagos State Chapter, has given him seven days to apologise “for the deliberate unwarranted vituperation” on party elders in the state.

PDP Spokesman in the state, Taofik Gani, said in a statement that the denigration occurred when Fayose gave an advice which was capable of inciting the youth against the PDP chieftains in Lagos.

Fayose had during the inauguration of PDP Campaign Committee for the Lagos-East senatorial by-election on Tuesday, reportedly advised the party to send its former Deputy National Chairman, Chief Bode George, on “political retirement”.

According to a statement by his media aide, Lere Olayinka, titled ‘Lagos PDP must retire Bode George to make progress”, Fayose said such would help the party to make progress and win elections in Lagos State.

But the PDP spokesman urged Fayose not to be a negative role model to the younger ones in the party.


“Fayose will be declared Persona non grata in all her indoor and outdoor activities from Monday 12th October 2020, unless he, Fayose, purges himself of the grave nuisance value arising from the unsolicited and divisive advice,” Gani said.

He urged Fayose to desist from all provocative comments against party elders or any action inimical to the advancement of the PDP in the South West.

“Only a sadist, mischief maker or rooky politician, will decide to peel healing wounds, like creating more political foes, at a period very close to major elections.

“We are nearing very important elections in the state to take us into winning Lagos State in 2023 general elections.

“We need all togetherness and complimentary efforts possible of the old, young, male, female.

“It is thus shocking that a supposed leader would come to our state to ‘tear’ us apart rather than give positive and progressive uniting advice to us.

“We will hold Fayose responsible for any future election loss in Lagos State and indeed the South West,” the PDP said .

Oh No! Poisoning Suspected As Two Lovers Are Found Dead Inside...

Outrage As House of Reps Member Dumps APM for APC