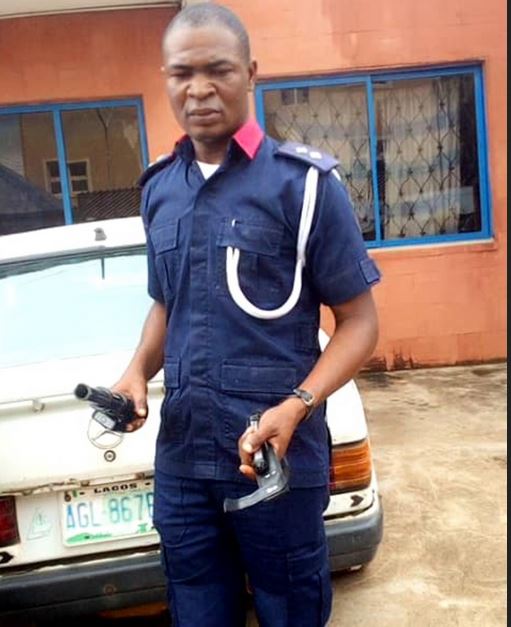 She further alleged that she lost her pregnancy after an NSCDC operative pressed an electrical gadget on her stomach, in addition to spraying her with a gaseous substance which left her unconscious.

“When the men who were guarded by two NSCDC operatives entered by shop, they claimed to be collecting N2,000 tax for the Oyo State Board of Internal Revenue.

“However, I made them understand that I had not made any sales that morning, besides, there was no pre-notice of their coming and so did not prepare any money ahead.

“I pleaded with the alleged tax collectors to give me some hours to make money, probably by afternoon I would have made money, but they threatened to apply force against me. Then, they insisted on sealing up my shop and I tried to prevent them.

“One of the NSCDC operative later dragged me out of the shop, injected me with an electrical gadget and also sprayed my face with a gaseous substance”.

Public Relation Officer (PRO) of NSCDC in Oyo State, Mr. Oluwole Olusegun who confirmed the incident on Sunday October 4, said it was still under investigation.

“She Stinks” – Invigilator Says As She Embarrass Female Student Inside...