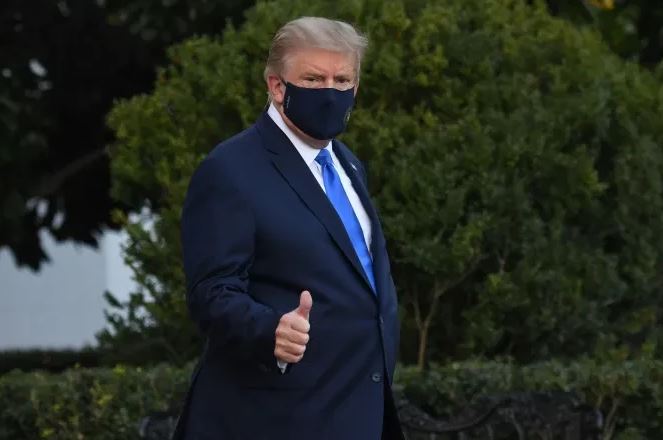 US president Donald Trump, has posted an upbeat message about his health status after he was hospitalized following a positive test for covid-19 last week Friday.

The US leader who over the weekend was administered oxygen as he had difficulty breathing has taken to his Twitter handle on Monday night, October 5 to reveal he will be leaving the Walter Reed Military hospital.

According to Trump, people should not be afraid of Covid-19 or let it dominate their life.

Trump also claimed he felt better now at 74 after his treatment than he felt 20 years ago.

“I will be leaving the great Walter Reed Medical Center today at 6:30 P.M. Feeling really good! Don’t be afraid of Covid. Don’t let it dominate your life.” “We have developed, under the Trump Administration, some really great drugs & knowledge. I feel better than I did 20 years ago!” 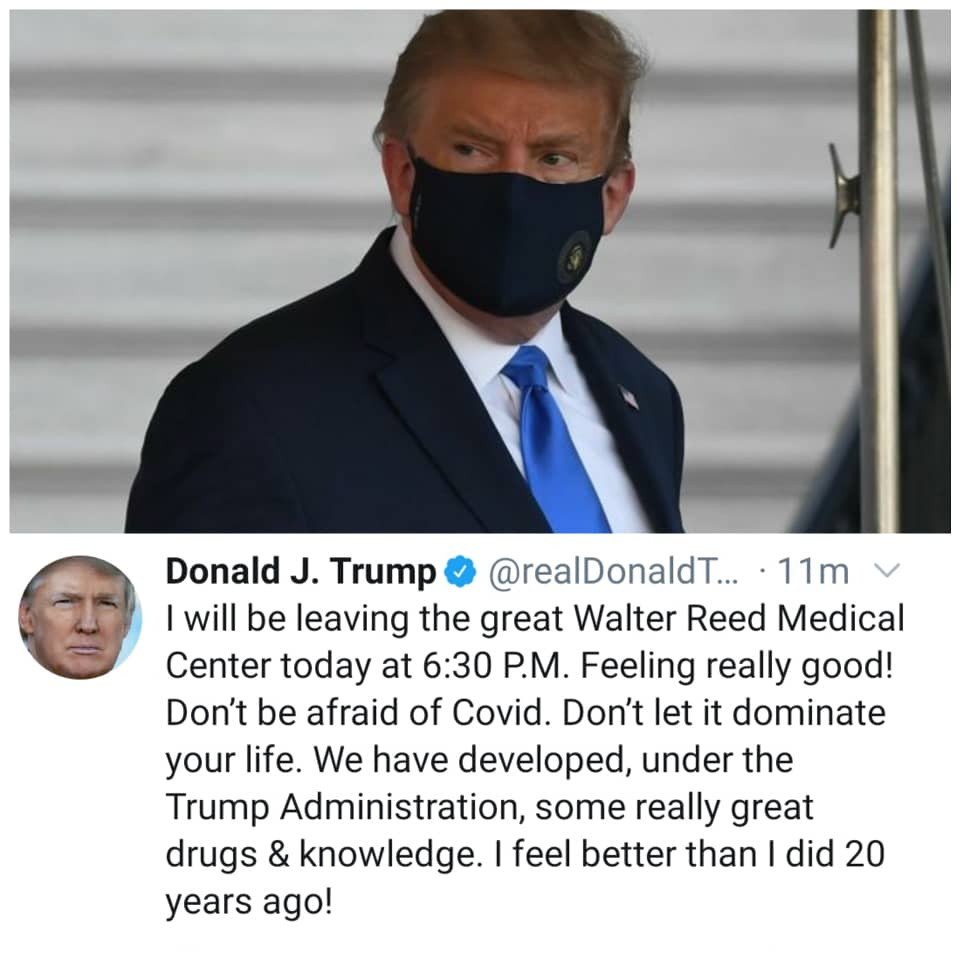 TBoss Celebrates Her Sister’s Birthday With A Heartfelt Message (Photo)

Femi Branch Calls On The Police To Investigate Ogun Hotel With...