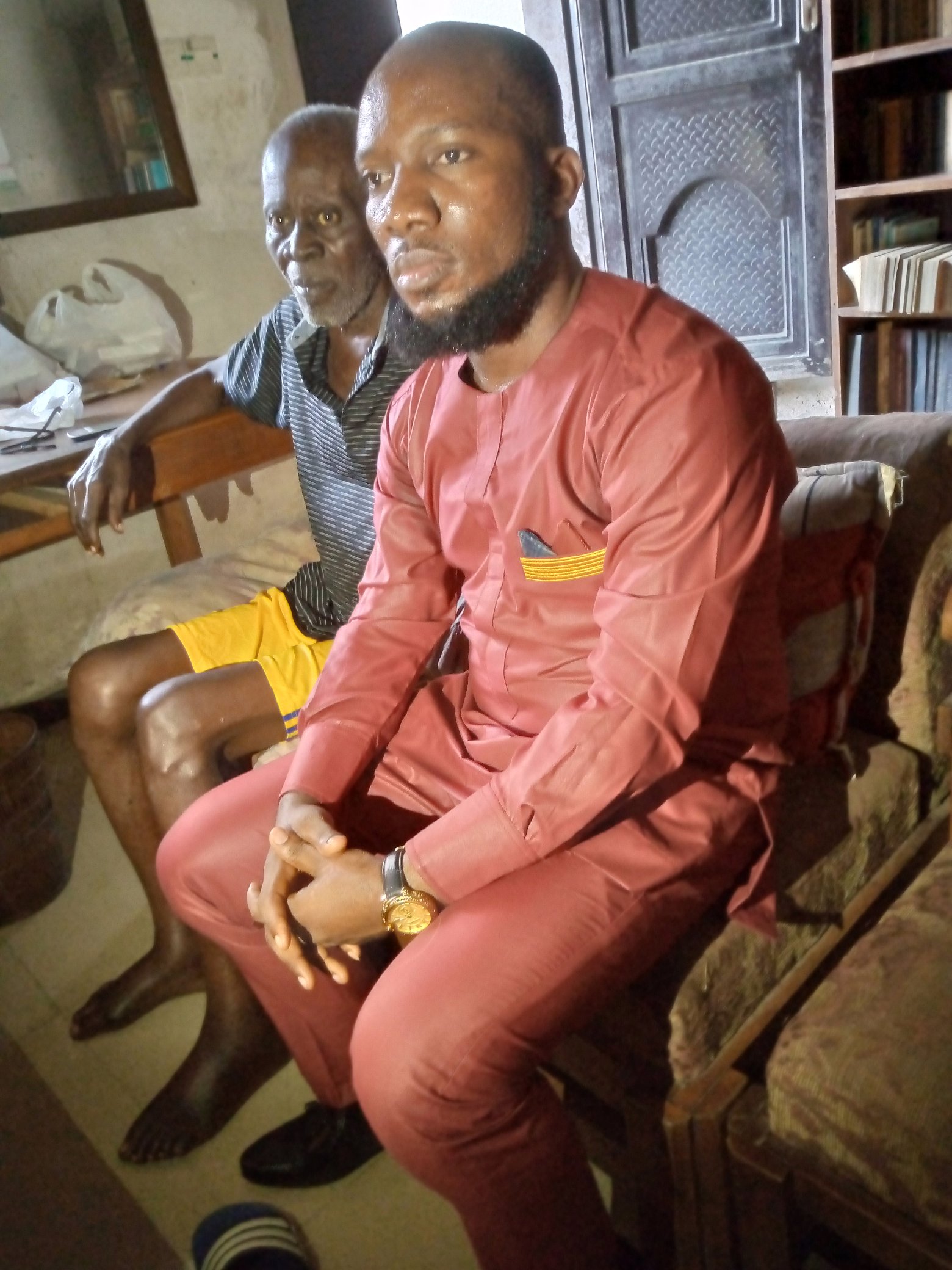 Associate Profesor Inih Ebong was sacked for engaging in activism

A Nigerian lawyer, Inibehe Effiong has called on good spirited Nigerians to come to the aid of an associate professor, Inih Ebong who was sacked from the University of Calabar for criticizing the then Vice Chancellor of the school, Prof. Akpan Morgan Ekpo since 2002.

Effiong said Ebong has been under severe hardship since he was sacked and is terribly sick.

Today, I visited Inih Ebong, an associate professor of theatre art at his residence in Uyo. I was almost moved to tears over the hardship and injustice that this patriotic intellectual has gone through for the past 18 years. He is terribly sick and can barely speak. It is tragic.

In 2002, the then dictatorial Vice Chancellor of University of Uyo, Prof. Akpan Morgan Ekpo, sacked Dr. Inih Ebong because he could no longer tolerate his persistent criticisms and activism. Dr. Inih Ebong was a thorn in the flesh of the university management. He was fearless.

He never compromised on his principles. For this, he was despised by an oppressive system that did not allow activism or unionism by students and lecturers. The same Prof. Ekpo also expelled Hon. Onofiok Luke who was the SUG President and also sacked the ASUU Chairman Edet Akpan.

Dr. Edet Akpan is an associate professor of mathematics. Like Dr. Ebong, he was sacked in 2004 for criticising the same Akpan Ekpo. The court ordered his reinstatement about two years ago. Dr. Ebong once refused a request by a VC to allow an unqualified student to write exams.

After a prolonged battle in court, the National Industrial Court in Uyo in January 2020 delivered judgment in favour of Dr. Ebong and ordered the University of Uyo to reinstate and pay him his outstanding salaries and allowances. This judgment came 18 years after he was sacked.

The court gave UNIUYO 30 days to comply but they decided to appeal the judgment at the Court of Appeal. This is happening under the leadership of Enefiok Essien, a professor of law and Senior Advocate of Nigeria – the current Vice Chancellor whose tenure will end in December.

Meanwhile, Dr. Inih Ebong is 69 years old and will clock retirement age next year. He can barely feed his family. I should mention that in addition to the sack, the University published a vindictive Disclaimer in national newspapers and asked the public not to associate with him.

The disclaimer made the life of Dr. Inih Ebong more miserable. He lost a good job offer by the University of Melbourne in Australia because of the wicked disclaimer. This man never stole a Kobo from the University of Uyo but they advertised him as a criminal. Such wickedness!

His doctor, a consultant cardiologist, told him that he has 20 percent chance of survival.

Dr. Ebong cannot afford his medical bills. He already has outstanding bills. You can see from the photos that I took with him today that he is surviving by sheer luck.

HE NEEDS OUR HELP.

We cannot let him die in servitude. Let us prove to the world that it pays to stand up for the truth. Kindly send him a donation as follows:

As we mark World Teachers’ Day, I’m appealing to Nigerians to donate to the medical bills of Dr. Inih Ebong, an associate professor sacked in 2002 by University of Uyo due to his activism before he dies. pic.twitter.com/zuNXvnrLao

Photo Of Niger State Commissioner Looking Uncomfortable As She Received A...