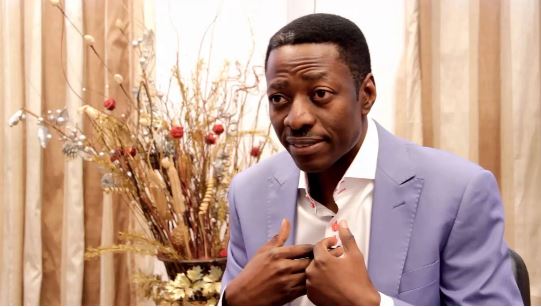 Recall that the All Progressives Congress had made a provision in its manifestor for restructuring only for change mouth after winning the election.

Pastor Enoch Adeboye of the RCCG had over the weekend warned the government of the consequences of not restructuring the country. However, the government described such statement as unpatriotic.

Adeyemi, on his verified Twitter handle on Monday slammed the government for attacking those asking for restructuring especially, wrote: “When did it become a threat for citizens to express opinions, even if strong, about the structuring or restructuring of their country? Effective leaders listen.”

His tweet was an apparent response to a statement released by the Senior Special Assistant to the President on Media and Publicity, Garba Shehu.

The Presidency in the statement described recent calls for the restructuring of the country as “recurring threats to the corporate existence of the country.”

The Presidency, in a reaction on Sunday night, had said, “This is to warn that such unpatriotic outbursts are both unhelpful and unwarranted as this government will not succumb to threats and take any decision out of pressure.”

Heartbreaking Story How Man Killed Himself Because His Wife Left Him,...