After being lashed online for wearing a revealing dress on her wedding day, Fatima, daughter of ex-EFCC chairman has apologised. 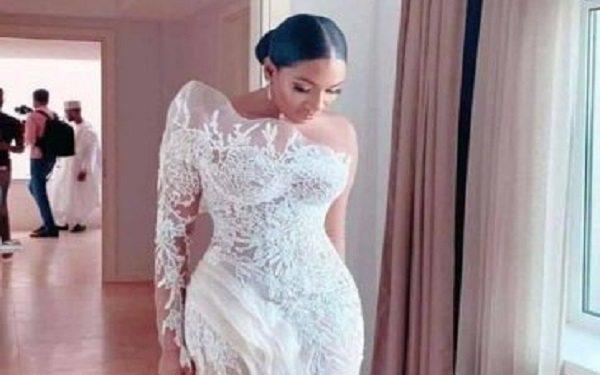 Recall that the muslim lady got married to Aliyu, son of former Vice President Atiku Abubakar at the weekend in Abuja.

Her dress generated a stir among Muslims on social media who lambasted her for exposing her body.

In a statement on Tuesday, she however said the colour of the dress was the same as her skin, which she said might have made people think she exposed her body.

She said: “I cannot expose my skin. My wedding dress has the same colour with that of my skin, but I still apologize to my friends and family who don’t like what happened and I hope to learn from this.”

Bandits Kill Chief Imam for Speaking Against Kidnapping And Banditry In...